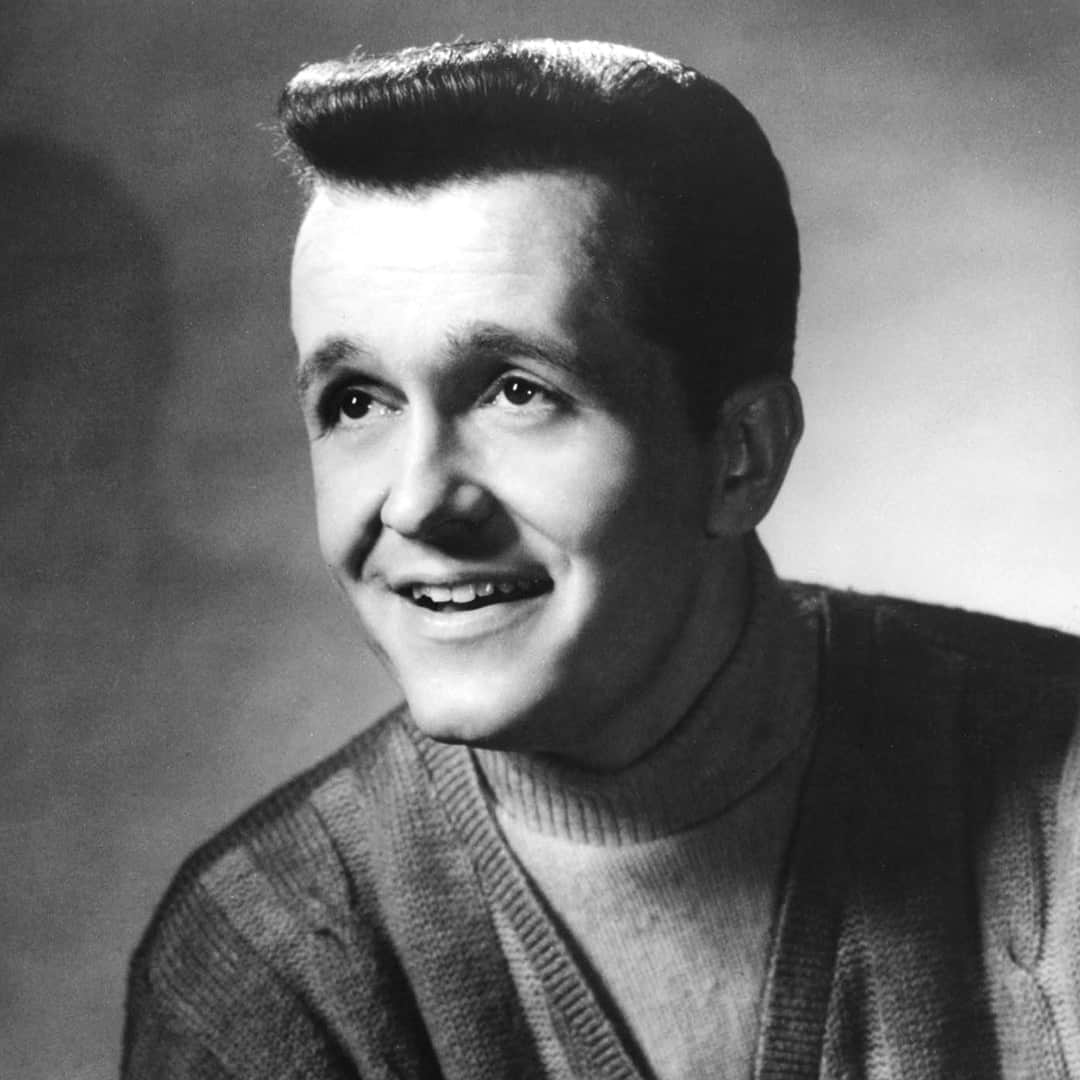 In addition, he has earned more than fifty BMI songwriter awards. He wrote many of his #1 country hits, including “Mama Sang a Song,” “Still” (also a pop Top Ten), “I Get the Fever,” and “My Life.”

While earning a degree in journalism, Anderson worked his way through the University of Georgia as a DJ (at WJJC Commerce), sportswriter (for the DeKalb New Era), and performer. In 1957, Anderson recorded “City Lights” for TNT Records in San Antonio, Texas. The honky-tonk-themed song found its way to Columbia’s Ray Price, whose May 29, 1958 recording became a #1 country hit on the Billboard charts.

Signed within weeks to Decca, Anderson recorded his first session for the label in August 1958 and joined the Grand Ole Opry in 1961.  Known for his breathy, conversational vocal style (which earned him the nickname “Whisperin’ Bill”), he logged thirty-five Top Ten Hits between 1960 and 1978, including his duets with Jan Howard and with Mary Lou Turner. While doing so, he helped discover Connie Smith and wrote her #1 breakthrough, “Once a Day” (1964), plus five Top Ten follow-ups.

Others scoring substantial hits with Anderson tunes include Jim Reeves, Roger Miller, Hank Locklin, Kitty Wells, Porter Wagoner, and Cal Smith. His songs breathed new life into the careers of Lefty Frizzell (“Saginaw, Michigan”), Charlie Louvin (“I Don’t Love You Anymore”), and Jean Shepard (“Slippin’ Away”). Anderson’s original song “Tip of My Fingers” made the Top Ten for himself (1960), Roy Clark (1963), Eddy Arnold (1966), and Steve Wariner (1992). Revivals of Anderson songs worked well for Mickey Gilley (“City Lights,” #1, 1974) and Conway Twitty (“I May Never Get to Heaven,” #1, 1979). A versatile entertainer, Anderson hosted his own syndicated TV series (1965–73), a network game show (ABC’s The Better Sex, 1977–78), and The Nashville Network’s Fandango (1983–89). He cohosted TNN’s long-running Opry Backstage and appeared in several low-budget country-oriented films and a soap opera (ABC’s One Life to Live). He is the author of a 1989 autobiography and a 1993 memoir, I Hope You’re Living as High on the Hog as the Pig You Turned Out to Be, and wrote a Country Song Roundup magazine column for many years. He began hosting a SiriusXM Radio program, Bill Anderson Visits with the Legends, in 2006.

Anderson’s chart hits faded in the late 1970s, and he left Decca/MCA in 1982. His recordings have since appeared on Warner Bros., Curb, and several other labels.

As a writer, however, Anderson began a resurgence in the late 1990s, coauthoring Vince Gill’s 1995 hit “Which Bridge to Burn” with the younger singer.

In 1998, Anderson co-wrote a pair of #1 hits: “Wish You Were Here,” by Mark Wills, and the Grammy-nominated “Two Teardrops,” by Steve Wariner. Anderson’s “Too Country,” recorded by Brad Paisley along with Anderson, Buck Owens, and George Jones, became the Country Music Association’s (CMA) 2001 Vocal Event of the Year. In 2002, Kenny Chesney hit with the Anderson–Dean Dillon masterpiece “A Lot of Things Different.”  Anderson and Jon Randall took 2005 CMA Song of the Year honors for their moving ballad “Whiskey Lullaby,” recorded by Paisley and Alison Krauss. Anderson won a Dove Award from the Gospel Music Association (GMA) for co-writing, with Tia Sillers, GMA’s 2007 Country Recorded Song of the Year, “Jonah, Job, and Moses,” sung by the Oak Ridge Boys. The same year, he won the Academy of Country Music’s Song of the Year Award for “Give It Away,” penned with Buddy Cannon and Jamey Johnson and recorded by George Strait. “Give It Away” was also CMA’s 2007 Song of the Year. In addition, Anderson’s work can be heard on releases by such artists as Sugarland, Joe Nichols, and Sara Evans.

Bill Anderson was elected to the Country Music Hall of Fame in 2001. —Walt Trott