The Museum's architecture, with its unique design and materials, celebrates country music and Southern culture. As you explore the building, look for these elements that incorporate country music's past and present. 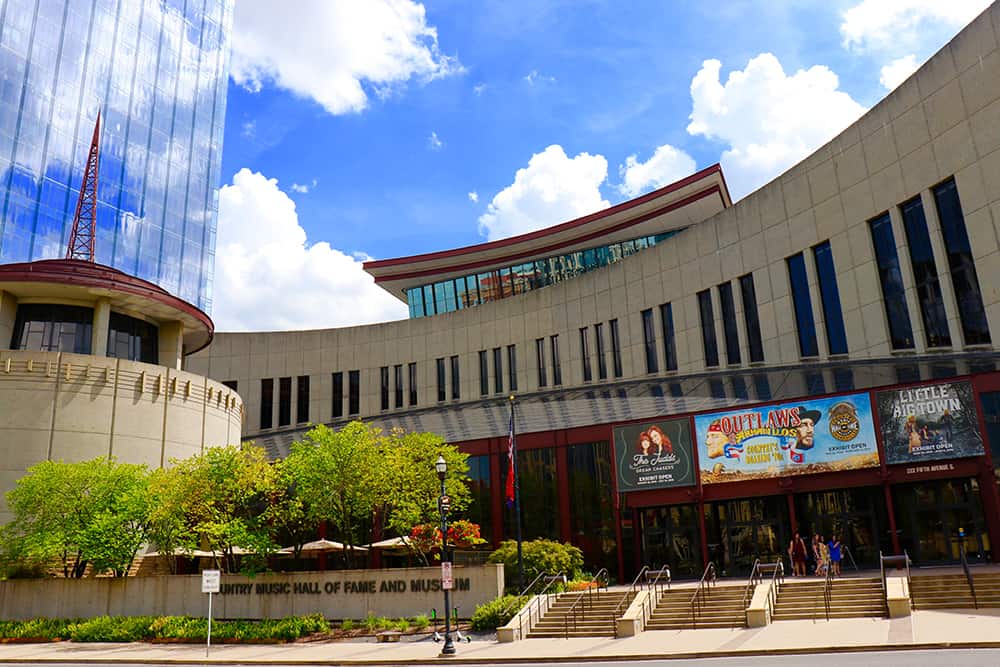 Windows on the front of the building reference black piano keys. 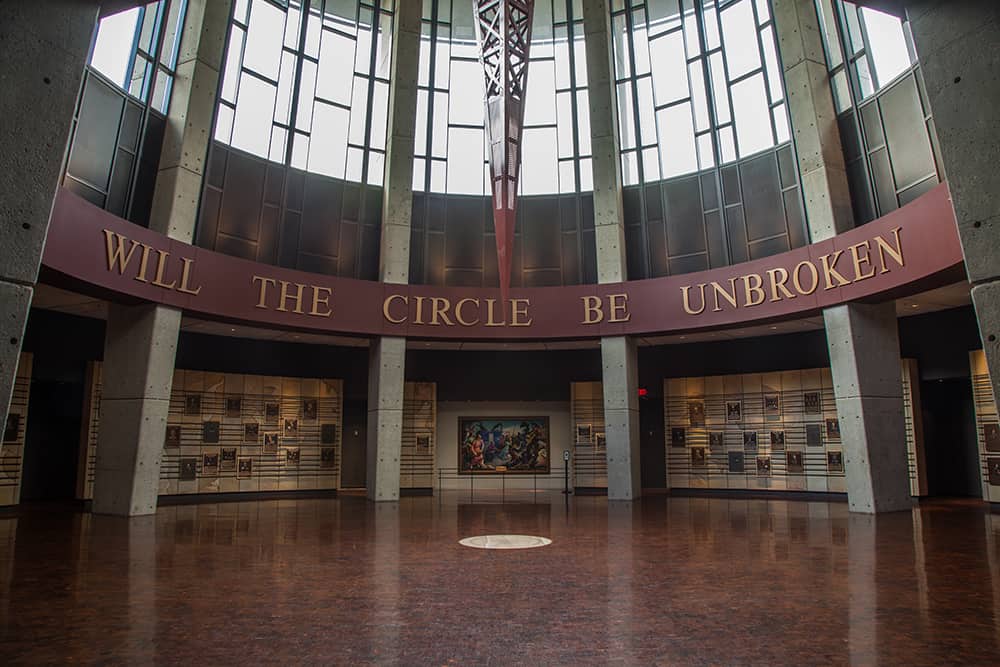 Giant Sweeping Arch terminating in an angle on the right side of the building portrays a 1950s Cadillac fin.

Four Disc-Shaped Tiers on the Rotunda's roof represent the evolution of recording technology: the 78, the vinyl LP, the 45, and the compact disc.

Vertical Stone Bars along the top of the Rotunda's outside wall portray the notes along the staff for the Carter Family song "Will the Circle Be Unbroken." the unofficial anthem of the Museum.

Tower rising from the Rotunda resembles the diamond-shaped WSM radio tower, which was instrumental in the growth of country music.

From overhead, the front wall of the building is fashioned in the shape of a Bass Clef.

Mike Curb Conservatory was designed to symbolize the "front porch" origins of country music and to function as a hospitable place of assembly for the community and visitors from around the world. The architects drew inspiration for its heavy steel frame from railroads and bridges that connect the small towns where country music came to life.

Water cascading along the Grand Staircase represents the flow of artistic inspiration, starting as a trickle and flowing into a larger fountain to show the music's movement from the streams of the Appalachians, throughout the South, and into the Mississippi Delta.

Beams and Brackets supporting the large glass wall along the second and third floors reference the fretboard of a guitar.