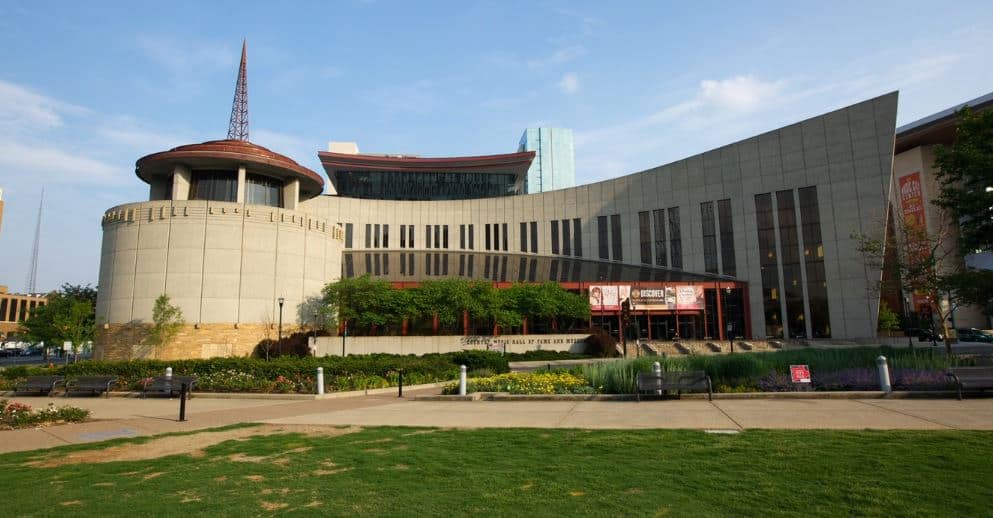 The Country Music Hall of Fame® and Museum exists to preserve, celebrate, and share the important cultural asset that is country music. We're caretakers—dedicated custodians of this enduring art form.

Press play above to learn more about what we do at the Country Music Hall of Fame and Museum—how we tell this story, invest in our visitors, engage with artists, and educate music lovers—and, more essentially, why we do it all.

About the Country Music Hall of Fame and Museum

The Country Music Hall of Fame and Museum, located in downtown Nashville, has been called the “Smithsonian of country music,” celebrated for its broad cultural impact, educational mission, and unrivaled collection of historically important artifacts.

Launched in 1967 on Nashville’s Music Row, the museum opened its current downtown location in 2001, and in 2014, unveiled a $100 million expansion that doubled its footprint. The Country Music Hall of Fame and Museum now includes 350,000 square feet of dynamic galleries, archival storage, retail stores, and event space, along with classrooms in the Taylor Swift Education Center, and performance space in the CMA Theater and Ford Theater, which regularly host nationally recognized live music and cultural events.

The museum’s storytelling mission centers in the core exhibition Sing Me Back Home: A Journey Through Country Music. With artifacts, photographs, recorded sound, vintage video, and interactive touchscreens, Sing Me Back Home reveals the origins, traditions, and honored architects of country music. Each year, new limited-engagement exhibitions launch to complement and expand on that foundation, including the annually updated American Currents: State of the Music, which highlights today’s stars, songs, and stories, and how they connect to country music’s rich history.

Through a steady schedule of educational programs, workshops, and creative classes, the museum also engages schools, students, and families from across Tennessee and beyond. Each year, museum educators reach more than 100,000 participants with programs ranging from weekly instrument demonstrations to the museum’s flagship songwriting program for schools, Words & Music.

Other Properties and Platforms

Since 1987, the Country Music Hall of Fame and Museum has been accredited by the American Alliance of Museums, certifying that the museum operates according to the highest standards. Of the 17,500 museums nationwide, roughly 1,000 are accredited.