Lights. Sound. Showtime. Every detail is handled by the in-house event, catering, and production staff, whether it’s creating a boutique look, booking only-in-Nashville musical entertainment, or creating an inventive menu of locally grown food made from scratch, inspired by the same Southern culture that flavors the best country songs. Commemorative gifts, invitations, and posters can be created at the Museum’s historic Hatch Show Print.

An event at the Country Music Hall of Fame and Museum allows you to have peace of mind. Working with our professional and knowledgeable staff, you can rest easy knowing that we will handle every detail with care. Not only will you experience our genuine Southern hospitality, but the refreshing simplicity that comes from our "one-stop shop" approach. We strive to create an event that you and your guests will remember for a lifetime, from red carpet arrivals to dramatic lighting to commemorative Hatch posters.

Everything is possible with just one phone call. This is just the beginning of what we have to offer. 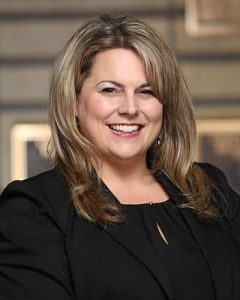 Heather McCroskey began her meetings and conventions career over 20 years ago in New Orleans, LA. After Hurricane Katrina, she and her family relocated to Nashville, where she began working in events at Gaylord Opryland Resort & Convention Center as a Convention Services Manager. In 2013, she made a career shift from event services to meeting planning, joining association management company, Parthenon Management Group as Meetings Manager and in 2016 she was promoted to Director of Meetings. Heather joins the Country Music Hall of Fame® and Museum as Director of Event Sales and Catering. When not working she enjoys spending time with her husband and son, working on DIY projects, kayaking down the river with her puppies (Fred and Dude) and cheering on the New Orleans Saints​. 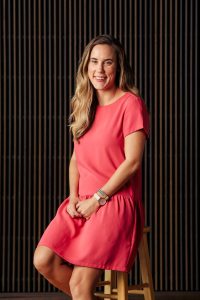 Rachael Vacek was born in Nashville, and after moving away to Indiana and Ohio for grade school, her family moved back to this wonderful city where she attended the University of Tennessee at Martin and majored in Public Relations and minored in Marketing. Rachael began in the industry with an internship with a local wedding planner, followed by multiple event jobs all around Nashville to give her a base in coordinating, catering, planning, and managing. She started here in July 2018 and is so excited to begin doing weddings at such an amazing facility where their mission and music speak volumes. She absolutely loves everything about weddings, but most of all she loves seeing the biggest day of her clients' lives come to life and the happiness it brings them. She loves the relationships she builds with them. 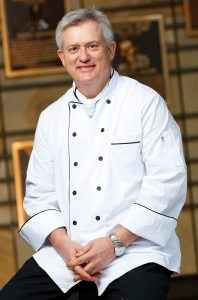 A native of Gallatin, Tennessee, with almost 40 years of experience, Bobby Hammock, MBA, CEC, began his culinary career in a Knoxville restaurant while attending college at the University of Tennessee. After graduation, he moved to Dallas, Texas, where he worked at the Loews Anatole Hotel as chef rotisseur and later as assistant banquet chef. After opening the Mandalay Four Seasons Hotel in Las Colinas, Texas, he returned to Nashville to assist in an expansion at Gaylord Opryland Hotel serving as senior sous chef and later executive sous chef. In 1992 Hammock took a position as executive chef at the Grove Park Inn in Asheville, North Carolina, before returning to the Gaylord Opryland Hotel as chef de cuisine. After another stint in the early 2000s at Grove Park Inn, this time as executive chef, Hammock returned to Nashville as executive chef of the Hilton Nashville Downtown Hotel. Prior to joining the Museum’s culinary team he served as executive chef for the Levy Restaurant Group at Bridgestone Arena. Hammock is a Certified Executive Chef (CEC) with the American Culinary Federation (ACF) and an adjunct instructor at the Art Institute of Tennessee.

In 2013, she made a career shift from event services to meeting planning, joining association management company, Parthenon Management Group as Meetings Manager and in 2016 she was promoted to Director of Meetings. Heather joins the Country Music Hall of Fame® and Museum as Director of Event Sales and Catering. When not working she enjoys spending time with her husband and son, working on DIY projects, kayaking down the river with her puppies (Fred and Dude) and cheering on the New Orleans Saints​. 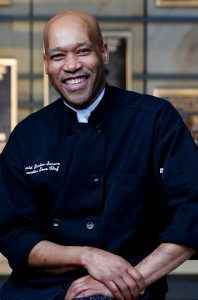 David Gordon-Somers is an award-winning chef with over 30 years of experience cooking a variety of cuisines including Caribbean, Southern, and Mediterranean. Prior to joining the culinary team at the Museum, Gordon-Somers served as executive chef for Music City Flats. He also spent more than a decade as executive sous chef for a number of Middle Tennessee hotels and attractions, including Gaylord Opryland Hotel and the General Jackson Show Boat. He received his bachelor of culinary arts in Caribbean and international cuisine from the University of Technology in Kingston, Jamaica.

Event Sales Manager in November 2015, Mary Katherine served as a sales manager for the Sheraton and Westin Birmingham Hotel, sales manager at The Hermitage Hotel, and a sales executive for TrueBlue Hospitality. Outside of work, Mary Katherine enjoys spending time with her husband, daughter, friends, and her two dogs. 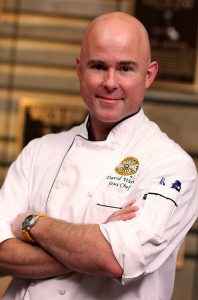 David Ward began his career in 1994 at a resort hotel in Garmisch-Partenkirchen, Germany, cooking for diplomats and military personnel. After several years living the ski-bum lifestyle, Ward felt the need to formalize his education and career. He moved to Nashville to work at Gaylord Opryland Hotel and attend the Culinary Apprenticeship program there. After graduating Summa Cum Laude in 2000, Ward opened Nick & Rudy’s Steakhouse, spent several years as sous chef at Brentwood Country Club, and was executive sous chef at the Nashville City Club. He spent nearly a decade in business dining before eventually returning to Brentwood Country Club as executive chef. In October 2015, Ward learned that Bobby Hammock, one of his mentors from his days at Gaylord Opryland Hotel, was looking for a sous chef at the museum’s 2|22 Eatery. The rest is history!

400 at the Brickyard Crossing Golf Course and Conference Center. She also worked for an off-site catering company, MBP Distinctive Catering, just before making the big leap to Nashville. While enjoying time with her husband, you can also catch Katelyn cheering for her beloved Purdue Boilermakers or Indianapolis Colts. 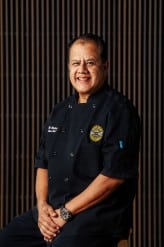 After graduating from The Art Institute of Tennessee — Nashville, Alfonso Montes started his culinary career with Marriott Hotels, where he worked for 31 years. Montes was promoted to executive chef during his time with the Marriott and took a position with the Nashville Airport Marriott Hotel. There, he and his team hosted events with clients such as the State of Tennessee Winemakers. Montes has also been a part of many grand openings for hotels in places such as San Antonio and Austin, Texas, Philadelphia, Washington, D.C., and Oklahoma. As a member of the American Culinary Federation, Montes joined the Country Music Hall of Fame and Museum in 2015, where he continues to pursue his culinary career as sous chef in our catering kitchen.

Autograph Collection hotel. With over 10 years in the event planning industry, she has been a part of the complete event process from sales, to planning and executing as the onsite contact. Jacqui knows the full scope of what it takes to bring an event to life! During the weekends she loves to spend time with her family traveling around our great Music City. 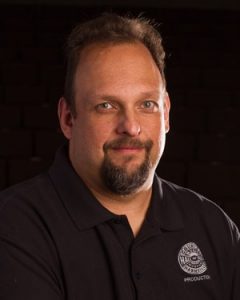 Manager Of Production And Technical Services

Born in Boston and raised in Chicago, Alex Krompic has served as Manager of Production and Technical Services at the Country Music Hall of Fame and Museum since 2014. Before joining the Museum team, Alex devoted nearly twenty years to live lighting, touring with pop, rock, and country artists, providing superior sound, lighting, and video production. In his free time, Alex enjoys spending time with family, fishing, camping, traveling, and photography. He's grateful for his role at the Museum, where every day he feels like he is supporting and protecting country music's rich history. 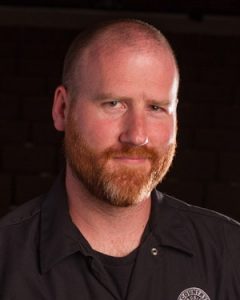 Michael Boyle moved to Nashville after graduating from Ohio University with a degree in telecommunications. Shortly after arriving in Nashville, Michael discovered an interest in live audio production and dedicated the next several years to mixing concerts with various touring acts. He appreciates the challenges provided by the many performance spaces inside the Country Music Hall of Fame and Museum, as well as the wide variety of venues where Michael engineers sound for public and private events. ​ 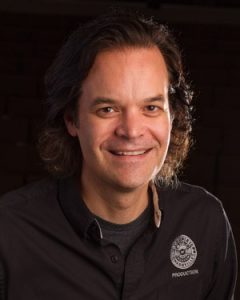 After graduating from Berklee College of Music in Boston, Tim Craven got his start as a staff engineer and mixer at the famed NFL Films located just outside Philadelphia. During his eight years at NFL Films, Tim won four national Emmy Awards and two International Monitor Awards for his work with HBO, ESPN, and Spike Lee's 40 Acres and a Mule. In 2003, Tim moved to Nashville to pursue his passion for music. With thirteen years in Music City, Tim has enjoyed making records with such artists as Patty Larkin, Josh Ritter, and Erin McCarley, as well as touring with the likes of Sara Evans, Brothers Osborne, and Kacey Musgraves, among others. Tim now works as a Production Engineer with the Country Music Hall of Fame and Museum. 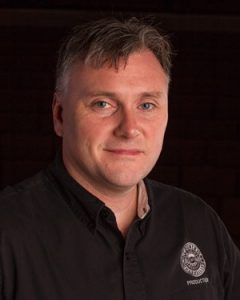 Hailing from Pittsburgh, David Franey now works as a Production Engineer at the Country Music Hall of Fame and Museum. Before joining the Museum team in 2016, David engineered and mixed live concerts and studio sessions for nearly two decades, working with a number of pop, rock, and country artists. As musician, David has performed regionally and continues to work on original music in his free time. His position at the Museum allows him to learn from some of the world’s best artists and production teams.

Our chefs create inventive, sophisticated fare inspired by the culture and cuisine of the South.

Create a wedding experience that is uniquely Nashville and uniquely you.

We are the keeper of countless American treasures, and our self-guided tour is a walk through history.

Rest easy knowing that we will handle every detail with care.

Allow us to complement your event with performances rooted in all genres.