“Nanci Griffith was a master songwriter who took every opportunity to champion kindred spirits, including Vince Bell, Elizabeth Cook, Iris DeMent, Julie Gold, Robert Earl Keen, Lyle Lovett, Eric Taylor, and Townes Van Zandt. Her voice was a clarion call, at once gentle and insistent. Her brilliant album The Last of the True Believers is a template for what is now called Americana music, and her Grammy-winning Other Voices, Other Rooms is a compelling guide to 20th-century folk songs. Nanci offered gifts that no one else could give.” 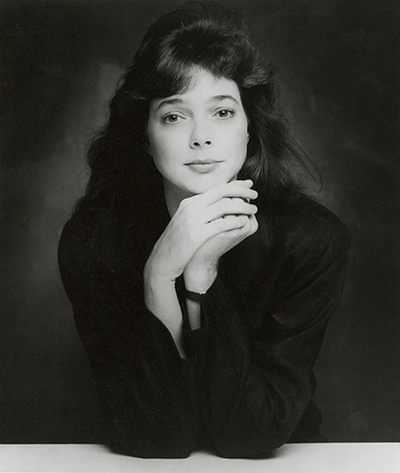 Born July 6, 1953, in Seguin, Texas, Nanci Caroline Griffith was a resplendent singer, songwriter, and recording artist. She wrote songs recorded by a variety of artists including Suzy Boggus (“Outbound Plane”), Emmylou Harris and Willie Nelson (“Gulf Coast Highway”), and Kathy Mattea (“Love at the Five & Dime”), and she was a champion for and prime influence on Elizabeth Cook, Robert Earl Keen, Lyle Lovett, Darius Rucker, and many others. She was a Grammy-winner and a recipient of the Americana Music Association’s Trailblazer Award, who collaborated with the Crickets, Guy Clark, Bob Dylan, and John Prine, and who spent decades touring theaters with her backing band, the Blue Moon Orchestra.

Produced with Jim Rooney, Griffith’s mid-1980s albums Once in a Very Blue Moon and The Last of the True Believers combined acoustic music virtuosity and sharp, emotional songwriting in ways that helped set a template for what is now called Americana music. She signed with MCA Records in 1986 and went on to release a string of critically acclaimed albums that raised awareness of Nashville’s vibrant singer-songwriter community. Griffith’s Other Voices, Other Rooms and Other Voices, Too (A Trip Back to Bountiful) albums were aural love letters to the songwriters who inspired her, including Dylan, Johnny Cash, Gordon Lightfoot, and Townes Van Zandt. The latter said of Griffith’s take on his “Tecumseh Valley”: “It’s my favorite version of any of my songs.”

In 2005, Griffith performed at the first All for the Hall benefit concert, which has become an important annual fundraising event for the Country Music Hall of Fame and Museum.