Kix Brooks and Ronnie Dunn rocketed to stardom in the 1990s, and for two decades, they remained leaders in country music, with hits including “Neon Moon,” “Boot Scootin’ Boogie,” “Hard Workin’ Man,” “My Maria” and “Red Dirt Road.” 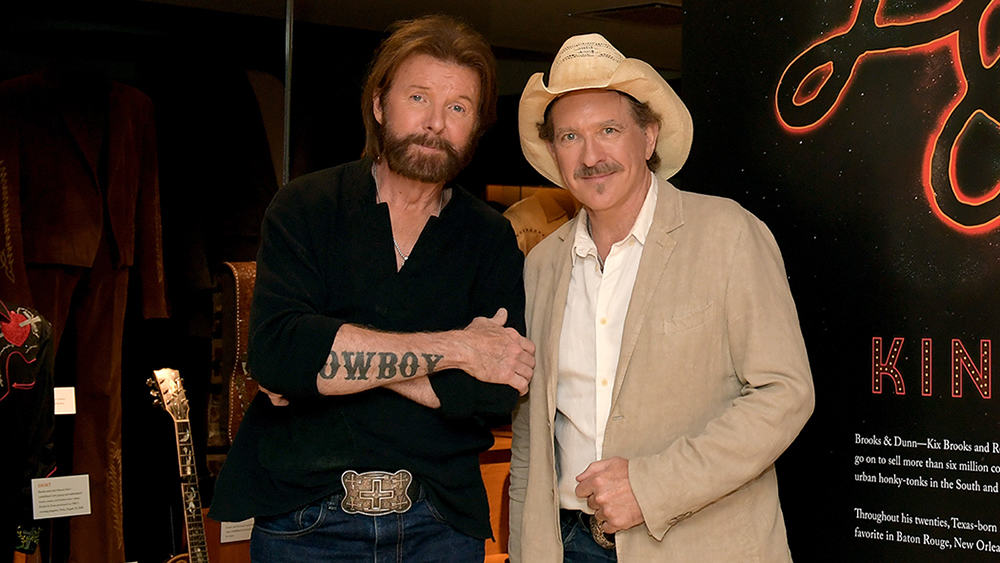 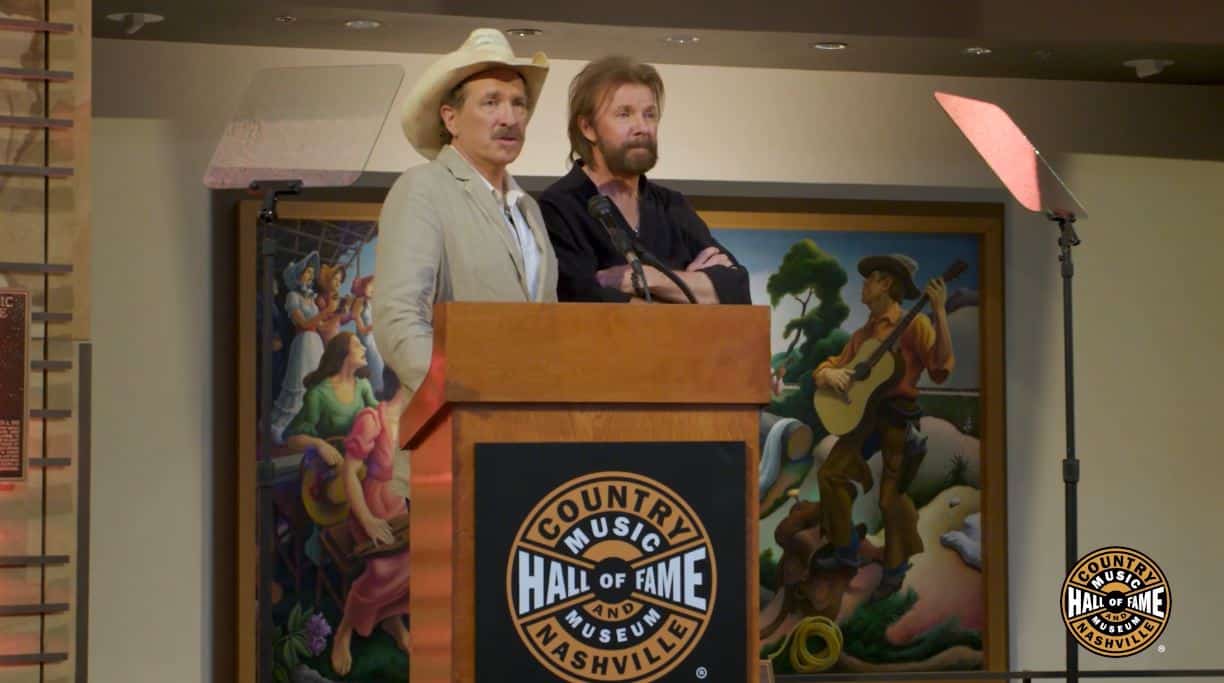 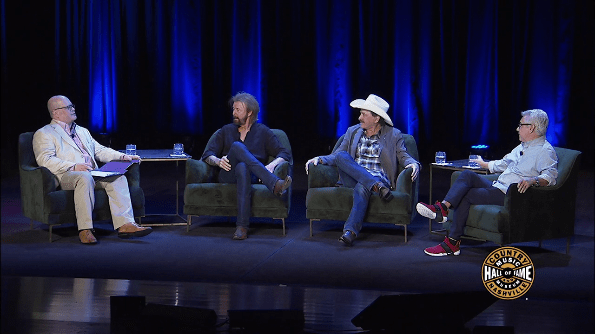 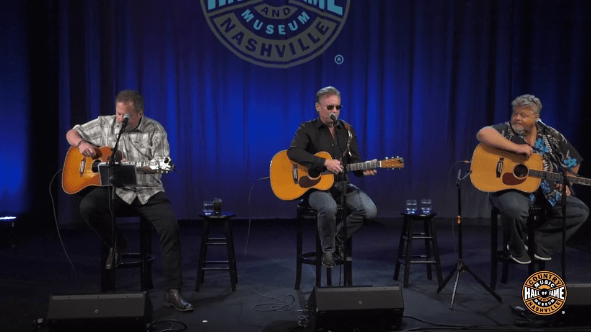 On their own, Brooks and Dunn achieved minor success, but their lives changed when Arista Records executive Tim DuBois suggested they form a duo, Brooks & Dunn. Their songwriting skills gave them strong material, and their experience in front of crowds allowed them to create an entertaining and dynamic show. Their 1991 debut album, Brand New Man, updated honky-tonk rhythms with classic rock guitar riffs and dynamic musical arrangements. Four consecutive #1s—“Brand New Man,” “My Next Broken Heart,” “Neon Moon” and “Boot Scootin’ Boogie”—pushed album sales to more than three million copies in the first year.

Brooks & Dunn’s momentum continued as they consistently delivered at least three Top 10 songs every year from 1992 to 1998 and performed to increasingly larger audiences. In the early 2000s, the duo pumped life into their concert tours by creating a carnival atmosphere. Their groundbreaking Neon Circus & Wild West Show (2001 and 2002) included confetti cannons, fireworks, hot air balloons, midway exhibits and sideshow acts.

When Brooks & Dunn announced a hiatus in 2010, their career statistics included 41 Top 10 hits, 26 million records sold and a record-setting number of vocal duo awards. In 2014, the duo reunited and announced a Las Vegas residency with longtime friend and Country Music Hall of Fame member Reba McEntire that continues today.

In 2019, Brooks & Dunn released Reboot, an album that features their collaborations with contemporary country artists on new versions of some of the duo’s hits. This collaboration project debuted at #1 on Billboard’s Top Country Albums chart, marking the first time the duo has topped the album chart since 2009. The album earned the duo their 10th Billboard 200 Top 10 album, the most of any country duo or group in the chart’s history.

• Dozens of awards presented to Brooks & Dunn between 1992 and 2006, including Grammys, CMA and ACM awards

• Red cowboy boots decorated with steer’s head inlays, worn by Dunn when he was around five years old

• Hand-tooled leather guitar strap made for Brooks by Hutch’s Custom Saddlery and embellished with oak leaf and acorn imagery and the names of Brooks’ wife, Barb, and their children, Molly and Eric

• Racing suits with steer’s head logos, worn by Brooks and Dunn when they drove 5/8th-scale Legends race cars in the 1990s 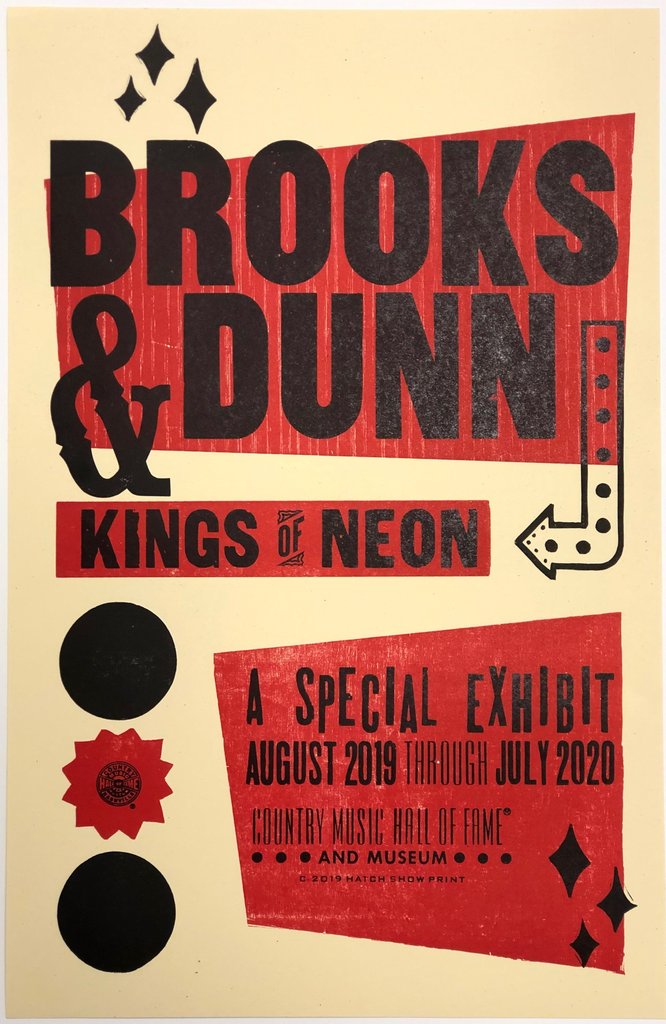 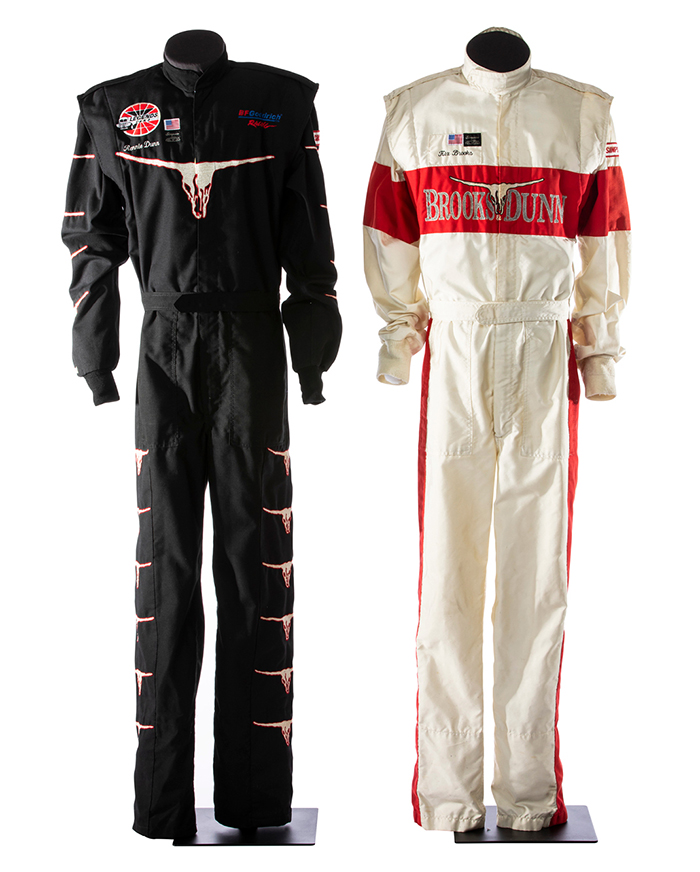 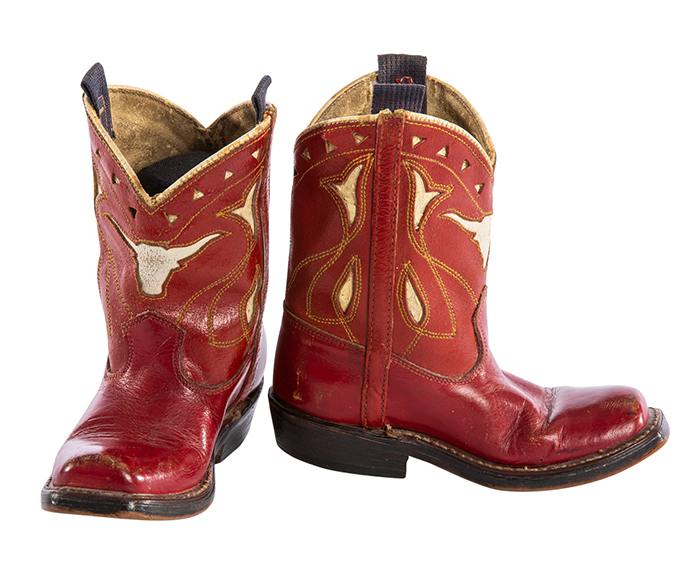 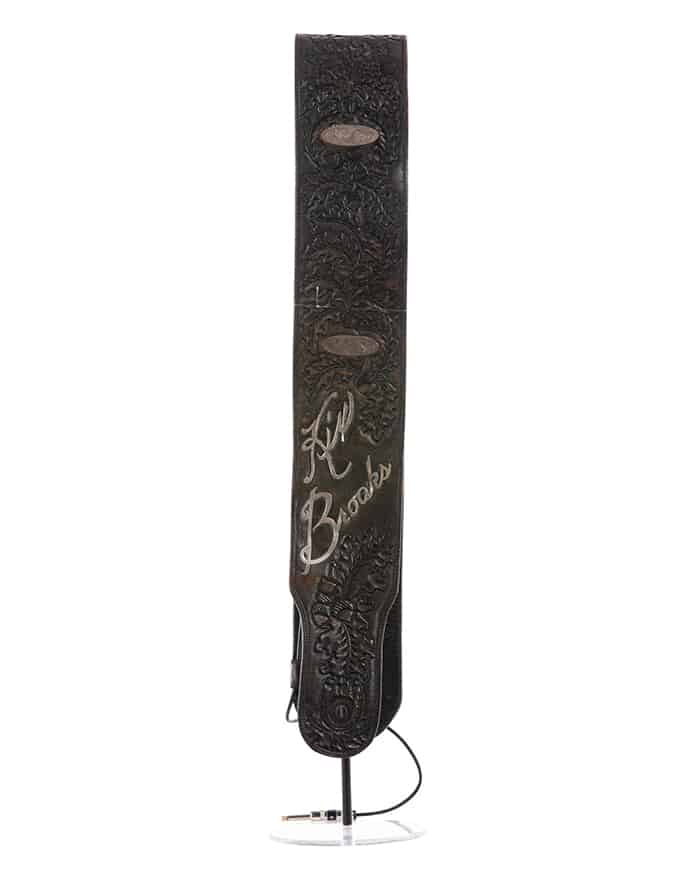 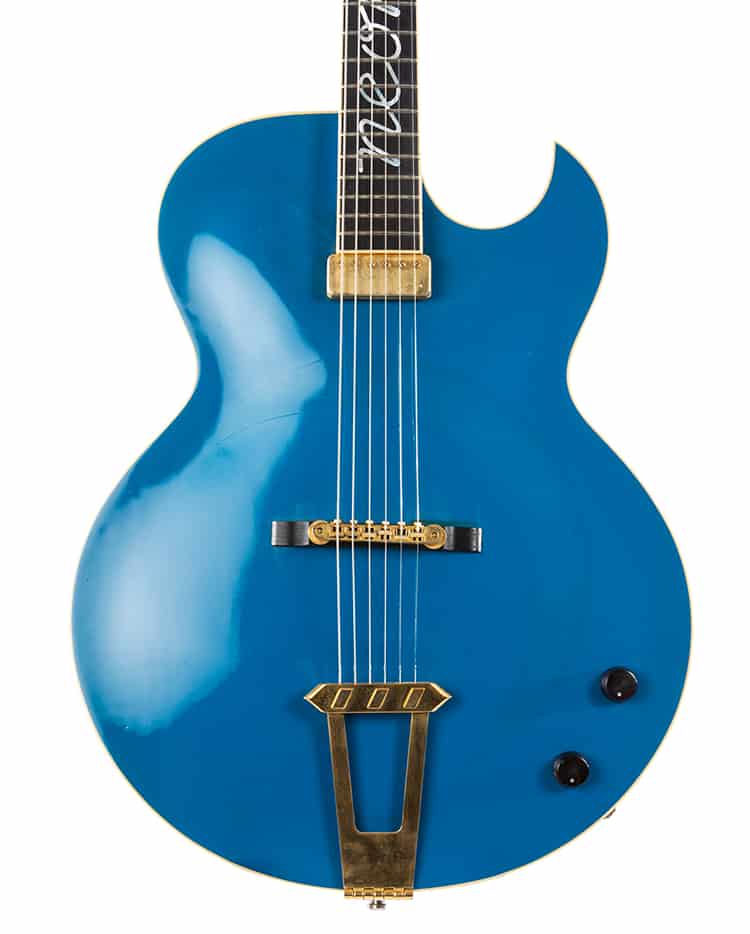 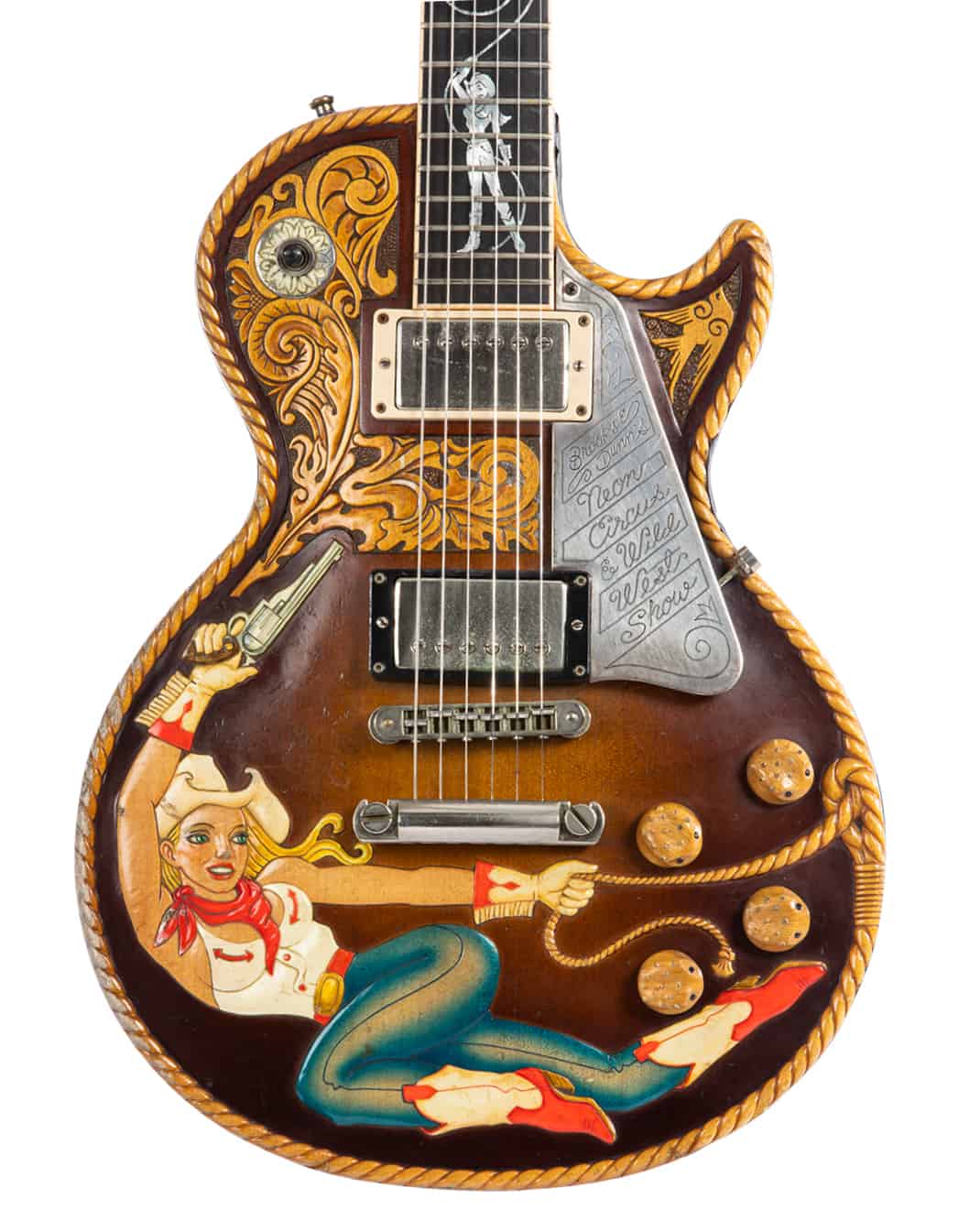