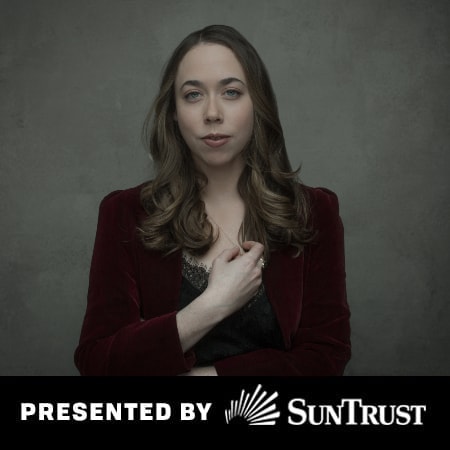 Singer-songwriter and musician Sarah Jarosz won the 2017 Grammy awards for Best Folk Album, Undercurrent, and Best American Roots Performance, for her song “House of Mercy.” She wrote nine of the ten tracks on her recent solo album, World on the Ground, including the single “Johnny.” With Aoife O’Donovan and Sara Watkins, Jarosz is a member of the band I’m with Her, which won the 2018 Americana Music Association award for Group of the Year and the 2019 Grammy award for Best American Roots Song, for the song “Call My Name,” which Jarosz co-wrote with her bandmates.

Tune in to Instagram Live every Tuesday at 8:00 PM CDT for songs and stories from hit songwriters. This program is a spinoff of the museum’s popular Saturday Songwriter Session, a live performance offered weekly in the museum’s Ford Theater. The museum brings this program to your home online through Instagram Live. Presented by SunTrust with support from Metro Nashville Arts Commission and Tennessee Arts Commission.