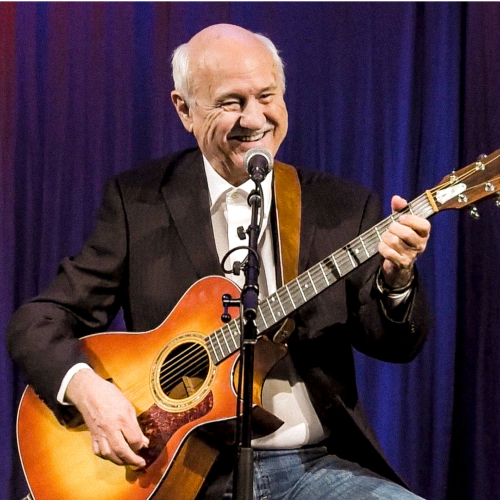 Recorded April 1, 2017, musician and songwriter Sonny Curtis performs as part of the Country Music Hall of Fame and Museum’s fiftieth anniversary celebration. As member of the Crickets, Curtis began his career in Texas as lead guitarist for Buddy Holly, for whom he wrote “Rock Around with Ollie Vee” in 1956. Curtis toured with the Everly Brothers and wrote the duo’s 1961 classic “Walk Right Back” (later a hit for Anne Murray). A member of the Nashville Songwriters Hall of Fame and the Rock and Roll Hall of Fame, Curtis also penned “I Fought the Law” (Bobby Fuller Four, the Clash, and others), “I’m No Stranger to the Rain” (Keith Whitley), “Love Is All Around” (theme from The Mary Tyler Moore Show), and “Someday”(Webb Pierce). In 2012, he was featured in the museum series Poets and Prophets: Salute to Legendary Songwriters.