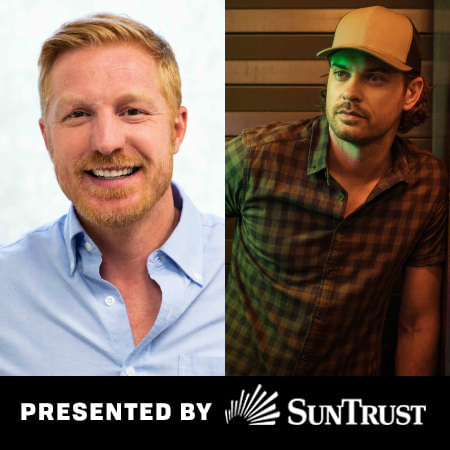 Ash Bowers co-wrote many of the songs on Jimmie Allen’s debut record, Mercury Lane, which Bowers produced. He has written songs recorded by Randy Houser, Dustin Lynch, Montgomery Gentry, and Keith Urban. Matt Stell wrote his current single “Everywhere but On, ” and, with Bowers, he co-wrote “Prayed for You,” Stell’s first #1 hit on the Billboard Country Airplay chart. Stell’s EP, Better Than That, which he co-produced with Bowers, will be released October 16.

Presented by SunTrust. Streamed live at www.countrymusichalloffame.org/streaming and the Country Music Hall of Fame and Museum’s Facebook page and YouTube channel.