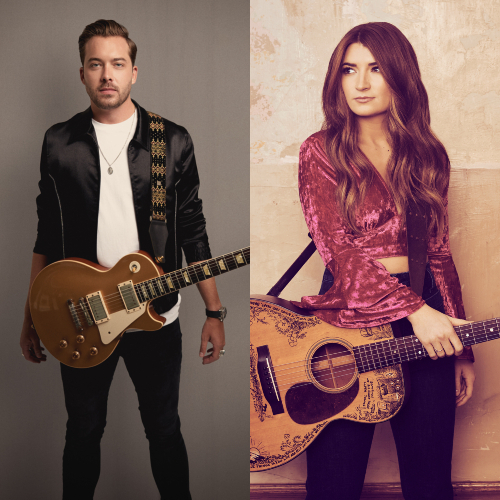 Georgia native Alex Hall is a songwriter, guitar player, and recording artist for Monument Records. His debut EP, Six Strings, features guitar and vocals from Kassi Ashton, Vince Gill, John Osborne (of Brothers Osborne), Brad Paisley, Tenille Townes, and Brad Tursi (of Old Dominion). In 2019, he opened for Tanya Tucker on her While I’m Living Tour. In 2020, Alberta, Canada, native Tenille Townes released her album The Lemonade Stand, featuring twelve songs, all of which she co-wrote, including her #1 Canadian country hits “Jersey on the Wall (I’m Just Asking)” and “Somebody’s Daughter.” Townes was also named the Academy of Country Music New Female Artist of the Year and CCMA Female Artist and Songwriter of the Year.