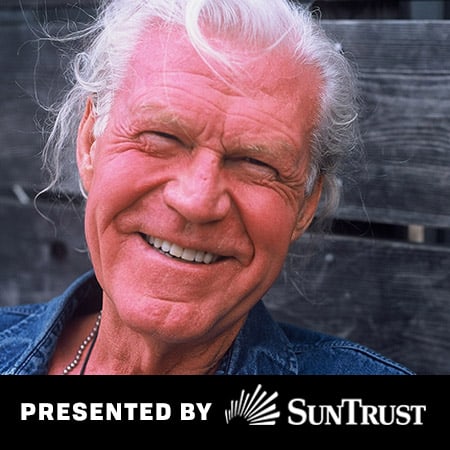 After growing up in hardscrabble Corsicana and Waco, Texas, aspiring singer-songwriter Billy Joe Shaver set out for greener pastures, hitching a ride to Nashville on the back of a cantaloupe truck. Shaver rose to prominence as a songwriter when Waylon Jennings recorded nine of his songs for Honky Tonk Heroes, an album released by Jennings in 1973, and a prime example of the music made in country’s Outlaw movement. Shaver’s songs also have been recorded by John Anderson (“I’m Just an Old Chunk of Coal”), Bobby Bare (“Ride Me Down Easy”), Tom T. Hall (“Willy the Wandering Gypsy and Me”), Kris Kristofferson (“Good Christian Soldier”), Elvis Presley (“You Asked Me To”), and Johnny Rodriguez (“I Couldn’t Be Me Without You”).  Shaver’s own recordings of his songs “Black Rose,” “Live Forever,” “Georgia on a Fast Train,” and “Old Five and Dimers Like Me” are well known and highly regarded. In 2002, he received the Americana Music Association’s first Lifetime Achievement Award in Songwriting. He was elected to the Nashville Songwriters Hall of Fame in 2004. Now seventy-nine, Shaver lives in Waco and will make a special trip to Nashville for this interview and performance. This program will be illustrated with vintage photos, film footage, and recordings.  After the program Shaver will sign commemorative Hatch Show Print posters. Presented in support of the exhibit Outlaws & Armadillos: Country’s Roaring ’70s. Presented by SunTrust and in partnership with the Americana Music Association.

Ford Theater. Included with museum admission. Limited seating. Museum members and AMERICANAFEST® badge holders may reserve their free pass in advance starting on August 31 at 10AM CST. For questions on member reservations, contact membership@countrymusichalloffame.org or (615) 416-2026. Program will be streamed live at countrymusichalloffame.org/streaming.