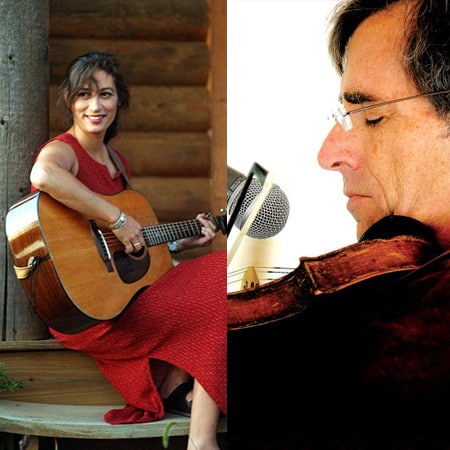 Wil Maring and Robert Bowlin have performed as a duo since 2004, playing original acoustic music that incorporates bluegrass, folk, and country. Songwriter Maring has won the Merlefest songwriting competition and was a Kerrville New Folk songwriting contest finalist. She has also appeared on the Grand Ole Opry and toured Europe and Japan with her band, Shady Mix. Guitarist and fiddler Robert Bowlin has performed with Bobby Bare, Tom T. Hall, Kathy Mattea, Bill Monroe, Maura O’Connell, the Osborne Brothers, Ray Price, Ricky Van Shelton, and Faron Young. In 2008, Bowlin won first place in the fiddle, flatpicking guitar, and mandolin categories at the Uncle Dave Macon Days Festival in Murfreesboro, Tennessee. Presented as part of the annual museum celebration Bluegrass and Beyond, supported by Rick and Kit Crump in honor of George A. and Marjorie S. Crump. Ford Theater. Included with museum admission. Program ticket required. Free to museum members.