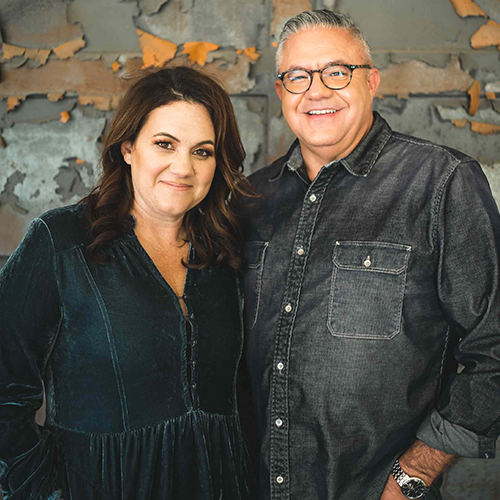 Husband-and-wife duo Kenny and Amanda Smith’s 2020 album, With You, included their bluegrass chart-topper “Feeling of Falling.” Their other bluegrass hits include “Catch Me If I Try,” “I Know Where Love Lives,” “I’d Jump the Mississippi,” “It’s Not the Wind,” “Randall Collins,” “Winter’s Come and Gone,” and “You Know That I Would.” The duo was named the International Bluegrass Music Association’s 2003 Emerging Act of the Year, and Amanda Smith was named IBMA Female Vocalist of the Year in 2014. Kenny Smith was a member of the Lonesome River Band from 1996 to 2001, winning IBMA’s guitar player of the year twice during that time. Presented as part of the annual museum celebration Bluegrass and Beyond, supported by Rick and Kit Crump in honor of George A. and Marjorie S. Crump. Ford Theater. Included with museum admission. Program ticket required. Free to museum members.