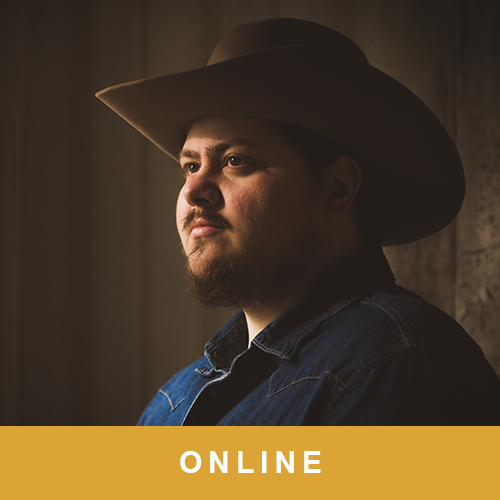 Fort Worth-based singer-songwriter Vincent Neil Emerson’s self-titled second album, released earlier this year, draws on the influences of Townes Van Zandt and Guy Clark. Produced by fellow Texan Rodney Crowell, the album showcases Emerson’s honest and emotional songwriting on “High on Gettin’ By” and “Learnin’ to Drown.” Emerson has toured with Turnpike Troubadours, Colter Wall, and Charley Crockett, who recorded Emerson’s song “7 Come 11” on his 2019 album, The Valley. Presented in partnership with the Americana Music Association in support of the exhibit Outlaws & Armadillos: Country’s Roaring ’70s.