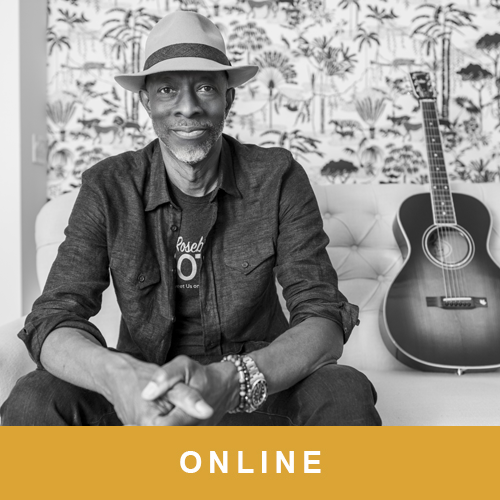 Blues guitar player and songwriter Keb’ Mo’ is a five-time Grammy winner, with his most recent work, Oklahoma, winning the Best Americana Album award in 2020. He has released eighteen albums and collaborated with a wide variety of artists like the Chicks, Eric Clapton, Amy Grant, and Bonnie Raitt. Keb’ Mo’ also wrote and performed the theme song “I See Love” for Mike & Molly, which ran for six seasons on CBS, and sings the theme song for CBS sitcom B Positive. Last year, Keb’ Mo’ performed “Loving Arms” by Dobie Gray on Jimmie Rodgers’s 1928 custom Weymann guitar, normally kept behind glass, during the Country Music Hall of Fame and Museum’s BIG NIGHT (At the Museum). In this program, Keb’ Mo’ performs and discusses his musical journey.