Online Program: Live at the Hall: Memories of Waylon Jennings 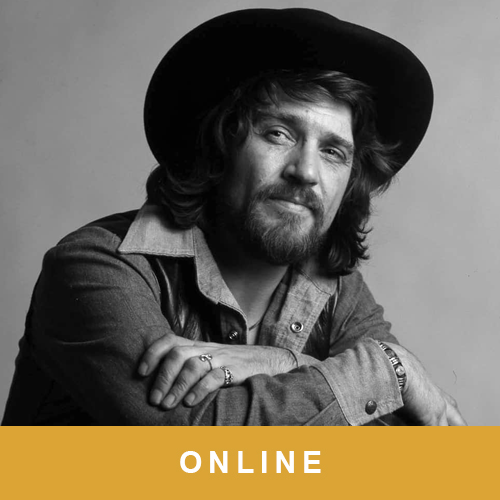 Country Music Hall of Fame member Waylon Jennings was known as an outlaw for demanding and receiving creative control from his label, RCA, over the songs he recorded, the studios he used, and the session musicians hired—a major feat in Nashville at that time. His 1973 albums, Lonesome, On’ry and Mean and Honky Tonk Heroes, demonstrated Jennings’s distinctive creative vision. In 1976, Jennings validated his artistic integrity with the success of the album Wanted! The Outlaws, a package of recordings by Jennings, Willie Nelson, Jennings’s wife Jessi Colter, and Tompall Glaser, that became the first album in country music to be certified platinum.

In this video compilation, Jennings’s bandleader Richie Albright, Colter, songwriters Billy Joe Shaver and Sharon Vaughn, producer Kyle Lehning, and others share a mix of stories and performances centering around Jennings and his career. Presented in support of the exhibit Outlaws & Armadillos: Country’s Roaring ’70s.