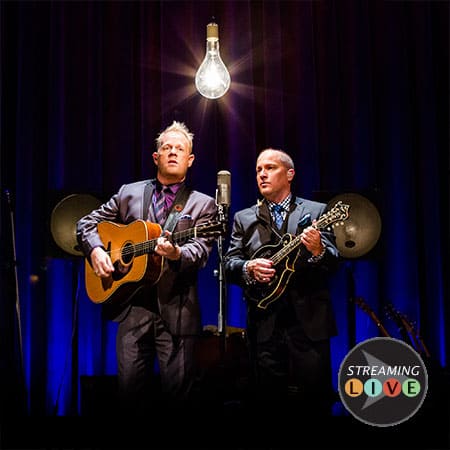 Grand Ole Opry members, Dailey & Vincent and their band have received worldwide recognition for their bluegrass, country, and gospel music recordings and live performances, anchored by riveting harmony vocals. The group has earned three Grammy nominations, four Dove awards and fourteen IBMA awards, and one Emmy nomination. Four of the group’s singers will perform and discuss their approach to traditional gospel quartet singing. Before co-founding Dailey & Vincent, Jamie Dailey sang for Doyle Lawson & Quicksilver, with whom he won thirteen IBMA Awards (of which most were for Vocal Group of the Year recognitions). Darrin Vincent grew up playing in his family band, the Sally Mountain Show, along with his sister, Rhonda Vincent. Before co-founding Dailey & Vincent, he was a member of Ricky Skaggs and Kentucky Thunder for over a decade. Jeff Parker has performed as a member of the Lonesome River Band, and Aaron McCune was with Gold City Quartet before making his debut recently with Dailey & Vincent.

This program takes place in the Museum’s Ford Theater and will also be streamed live at countrymusichalloffame.org/streaming.

Admission is included with Museum ticket or Museum membership. Seating is limited.