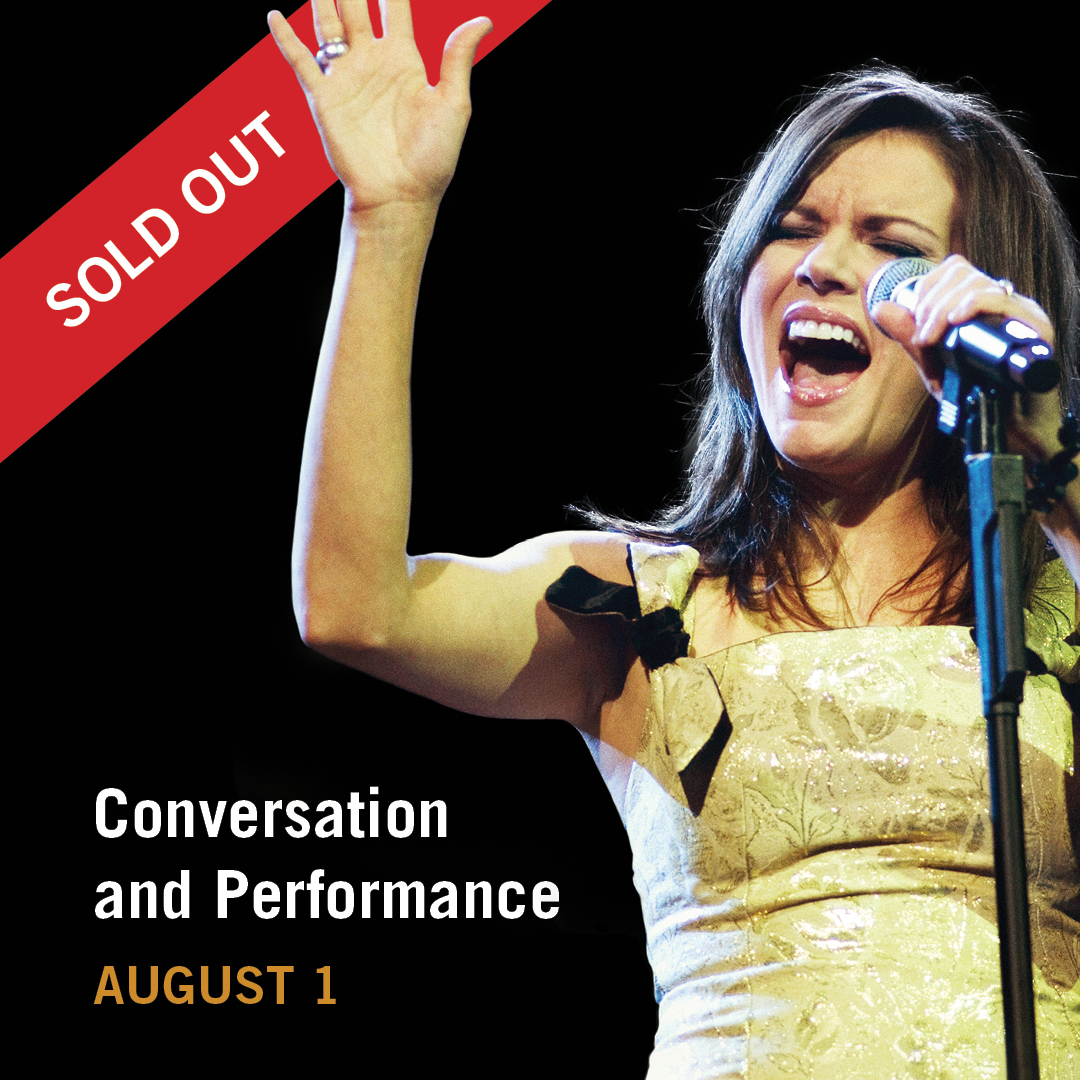 Sold Out
Recording artist Martina McBride released eight consecutive platinum albums, while producing or co-producing all of them, beginning with her 1993 album The Way That I Am. She helped modernize the image of female artists in country music by choosing material that highlighted the empowerment and perseverance of women, including the songs “A Broken Wing,” “Independence Day,” and “Wild Angels.” McBride won CMA Female Vocalist of the Year four times and Academy of Country Music Top Female Vocalist three times on the strength of those songs and the #1 hits “Blessed,” “I Love You,” and “Wrong Again.” Proving too controversial for some radio stations, “Independence Day” never broke country radio’s Top Ten, but was named CMA Song of the Year in 1995. This interview will be illustrated with archival photos, film, and recordings and McBride will perform briefly. Presented in support of the exhibition Martina McBride: The Power of Her Voice. CMA Theater. Included with museum admission. Program ticket required. Free to museum members. Members can reserve tickets here. Non-members can purchase tickets here.
Return to All