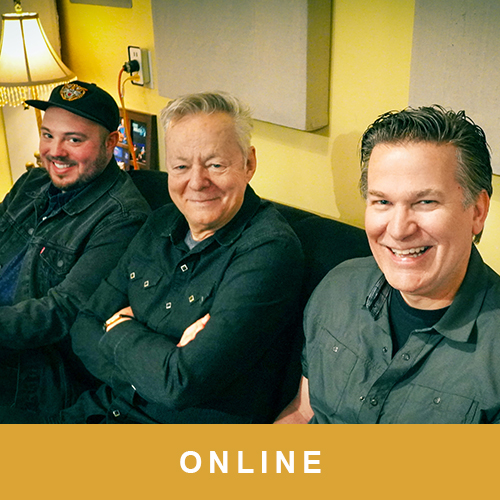 During his four-decade career, Emmanuel has won awards from the Country Music Association of Australia, Australia Recording Industry Association, and the Australasian Performing Right Association.

Acoustic duo Rob Ickes & Trey Hensley is comprised of Ickes, fifteen-time International Bluegrass Music Association dobro player of the year, and Hensley, a Tennessee-born guitar prodigy who made his Grand Ole Opry debut at age eleven. Grammy-winner Ickes is a founding member of bluegrass group Blue Highway and is a session and touring musician, having played with artists including Vince Gill, Merle Haggard, Alan Jackson, Alison Krauss, Reba McEntire, and Earl Scruggs. Hensley earned his first IBMA guitar play of the year nomination in 2020 and has shared the stage with Johnny Cash, Peter Frampton, and Steve Wariner. Before the Sun Goes Down, their first record together, was nominated for best bluegrass album at the 2016 Grammy awards.  In this program, all three discuss their collaboration and perform songs from the record.