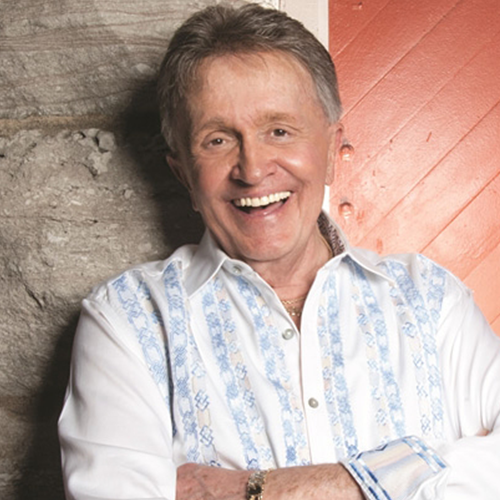 In celebration of the opening of the exhibition Bill Anderson: As Far As I Can See, Country Music Hall of Fame member Bill Anderson will sit down for a one-on-one interview with the museum’s Peter Cooper. This interview will be illustrated with archival photos, film, and recordings and Anderson will perform briefly.

Known as “Whisperin’ Bill” for his breathy, conversational vocal style, Anderson has thirty-seven Top Ten Billboard singles as an artist, including four duets with Jan Howard and two duets with Mary Lou Turner, and has placed songs as a songwriter and recording artist on the country charts for seven consecutive decades. He wrote many of his #1 hits, including “Mama Sang a Song,” “Still,” “I Get the Fever,” and “My Life.” Anderson also wrote “A Lot of Things Different” (Kenny Chesney), “City Lights” (Ray Price, Mickey Gilley), “I Don’t Love You Anymore” (Charlie Louvin), “Once A Day” (Connie Smith), “Saginaw, Michigan” (Lefty Frizzell),  “Slippin’ Away” (Jean Shepard), “When Two Worlds Collide” (Roger Miller, Jim Reeves), “Which Bridge to Cross (Which Bridge to Burn)” (Vince Gill), and “Wish You Were Here” (Mark Wills). His “Tip of My Fingers” made the Top Ten for himself (1960), Roy Clark (1963), Eddy Arnold (1966), and Steve Wariner (1992). Anderson won CMA Song of the Year honors for “Whiskey Lullaby” (Brad Paisley and Alison Krauss) and “Give It Away” (George Strait). He has earned more than fifty BMI songwriter awards and is a member of the Grand Ole Opry, the Songwriters Hall of Fame, and the Nashville Songwriters Hall of Fame. In 2009, Anderson was honored as part of the museum’s Poets and Prophets interview series.

Masks are currently required for educational programs in the Museum’s theaters and classrooms. Read more about our COVID-19 policies and procedures.

Admission is included with Museum ticket* or Museum membership.