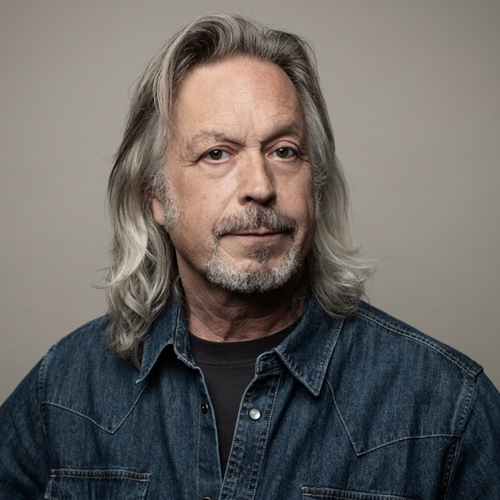 Grammy-winning singer-songwriter Jim Lauderdale has long been one of Americana music’s most significant forces, earning the Americana Music Association’s Wagonmaster Award in 2016 for his contributions. He has released thirty-four studio albums, and his songs have been recorded by Elvis Costello, the Chicks, George Jones, Patty Loveless, George Strait, Lee Ann Womack, and numerous others. North Carolina-born and South Carolina-reared, Lauderdale spent the 1980s scuffling in New York and Los Angeles before settling in Nashville and recording his major label debut, Planet of Love, on Reprise Records. Produced thirty years ago by Rodney Crowell and John Leventhal, and featuring harmony vocals from Shawn Colvin and Emmylou Harris, the album was deemed commercially untenable, but most of its songs were later recorded by other discerning artists. Hosted by the museum’s Peter Cooper, the program will focus on the creation of Planet of Love, providing a window into an artist’s triumphs and travails and offering hard-won wisdom. The program is presented in partnership with the Americana Music Association and recorded for later broadcast on SiriusXM Outlaw Country, where Lauderdale serves as co-host of The Buddy & Jim Show. Ford Theater. Included with museum admission. Program ticket required. Free to museum members.

Proof of full vaccination, with final dose at least 14 days prior to Sept. 22, or a negative COVID-19 test within 72 hours must be presented to enter any official AMERICANAFEST-produced event. The last day to receive a final dose is September 8.

Masks are currently required for educational programs in the Museum’s theaters and classrooms. Read more about our COVID-19 policies and procedures.