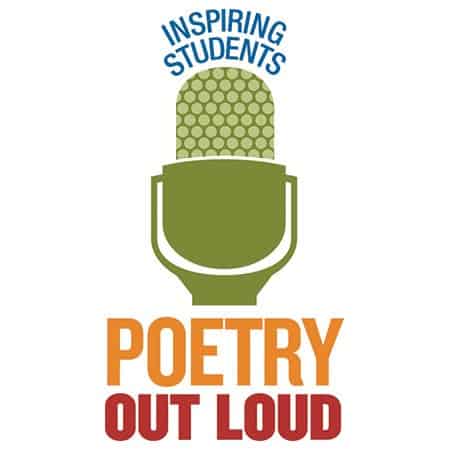 High school students from across Tennessee recite poems and compete for a chance to perform at the national Poetry Out Loud contest this spring. Poetry Out Loud seeks to foster the next generation of readers and builds on the resurgence of poetry as an oral art form, as seen in the slam poetry movement and the immense popularity of rap music among youth. Poetry Out Loud invites the dynamic potential of written and spoken word into the English classroom, giving students the opportunity to master public speaking skills, build self-confidence, and develop a love for the written word. Mickey Guyton will emcee the event, with performances by sibling old-time duo Giri and Uma Peters. Organized by the Tennessee Arts Commission in partnership with the National Endowment for the Arts and the Poetry Foundation. This free program is located in the Ford Theater.

Texas native Mickey Guyton grew up listening to artists ranging from Dolly Parton and LeAnn Rimes to Whitney Houston and BeBe & CeCe Winans. She moved to Nashville in 2011 to pursue a career as an artist and songwriter; her first major live performance was at the White House, where she performed Patsy Cline’s “Crazy.” Her first single, “Better Than You Left Me,” came out in January 2015. Guyton has toured with Brad Paisley, appeared multiple times on television, and received a nomination for New Female Vocalist of the Year from the Academy of Country Music.

About Giri and Uma Peters:

Siblings Giri and Uma Peters are a musical duo from Nashville. Thirteen-year-old Giri plays fiddle, mandolin, and guitar, and ten-year-old Uma is on clawhammer banjo. They perform old-time, folk, and roots music. Giri recently released an album, Just Whittlin’ Around, with two original compositions. He has appeared on PBS WoodSongs and played with Sister Sadie, Vickie Vaughn, and Roland White. Giri and Uma have performed at Nashville’s Station Inn, the International Bluegrass Music Association conference, and the International Folk Music Awards.