"Dallas Frazier is among the greatest country songwriters of all time. He could convey infectious fun with 'Elvira,' and then write something as stunningly sad and true as 'Beneath Still Waters.' His songs helped Connie Smith to become a member of the Country Music Hall of Fame. He was a man of kindness, generosity, and faith, who overcame a hardscrabble upbringing to offer smiling gifts to all of us. He lived a beautiful life of a beautiful mind." 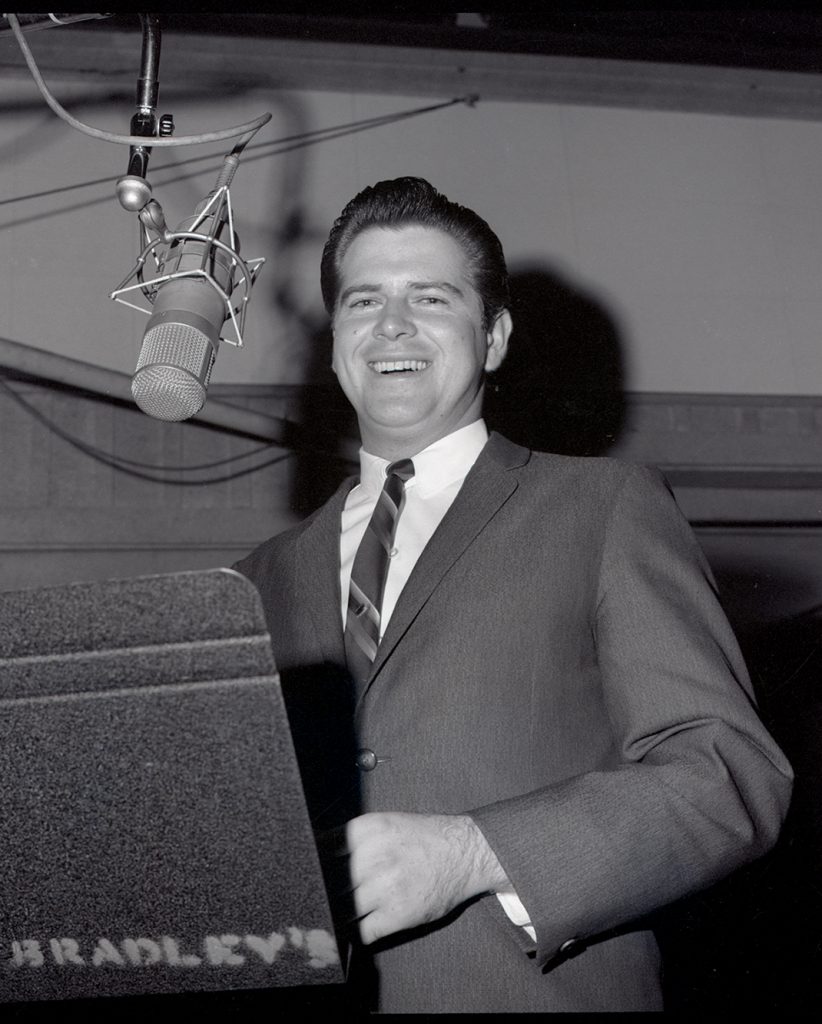 Born October 27, 1939, in Spiro, Oklahoma, and raised in Bakersfield, California, Dallas Frazier was one of the most successful songwriters in country music history. He wrote his first songs when he was eleven years old and, as a teenager, spent several years performing on Country Music Hall of Fame member Cliffie Stone’s Hometown Jamboree television program. At the age of twelve, Frazier won a talent contest and earned an invitation to tour with Country Music Hall of Fame member Ferlin Husky.

Frazier’s first #1 as a songwriter (on the pop charts) came in 1960, when the studio band the Hollywood Argyles released “Alley Oop.” After moving to Nashville in 1963, Frazier wrote many classics, including “Mohair Sam,” “If My Heart Had Windows,” “What’s Your Mama’s Name,” “Fourteen Carat Mind,” and “Beneath Still Waters,” first released by Country Music Hall of Fame member George Jones in 1968 and a #1 hit for Hall of Fame member Emmylou Harris in 1980. Jones and Hall of Fame member Connie Smith each released a full album of Frazier’s songs, in 1968 and 1972, respectively.

For writing Jack Greene’s “There Goes My Everything” (1966), Charley Pride’s “All I Have to Offer You (Is Me)” (1969), and the Oak Ridge Boys’ “Elvira” (1981)—all #1 songs—Frazier earned nominations in the Grammy Awards’ Best Country Song category. With “There Goes My Everything,” he received the Song of the Year honor at the 1967 Country Music Association Awards.

As an artist, Frazier recorded his first single for Capitol Records in 1954. He later recorded four albums, two for Capitol and two for RCA Victor, and placed eight songs on the country singles chart between 1967 and 1972.

Frazier was inducted into the Nashville Songwriters Hall of Fame in 1976. He left the music industry to become a minister, and served as the pastor of the non-denominational Grace Community Fellowship in White House, Tennessee, from 1999 through 2006.

Frazier’s August 2006 Songwriter Session at the Country Music Hall of Fame and Museum was his first public appearance as a songwriter in more than twenty years, and the inspiration for the Museum’s Poets and Prophets series, which launched in 2007 and featured Frazier in 2010. Frazier also played key roles in the Museum’s 2012-2014 exhibit The Bakersfield Sound: Buck Owens, Merle Haggard, and California Country and fiftieth anniversary celebration in 2017.