Nicknamed “the Dixie Dewdrop” by Grand Ole Opry founder Judge George D. Hay, David Harrison Macon, with his chin whiskers, gold teeth, gates-ajar collar, and open-backed Gibson banjo, was the first major star of the Grand Ole Opry and one of the most colorful personalities in the history of country music. 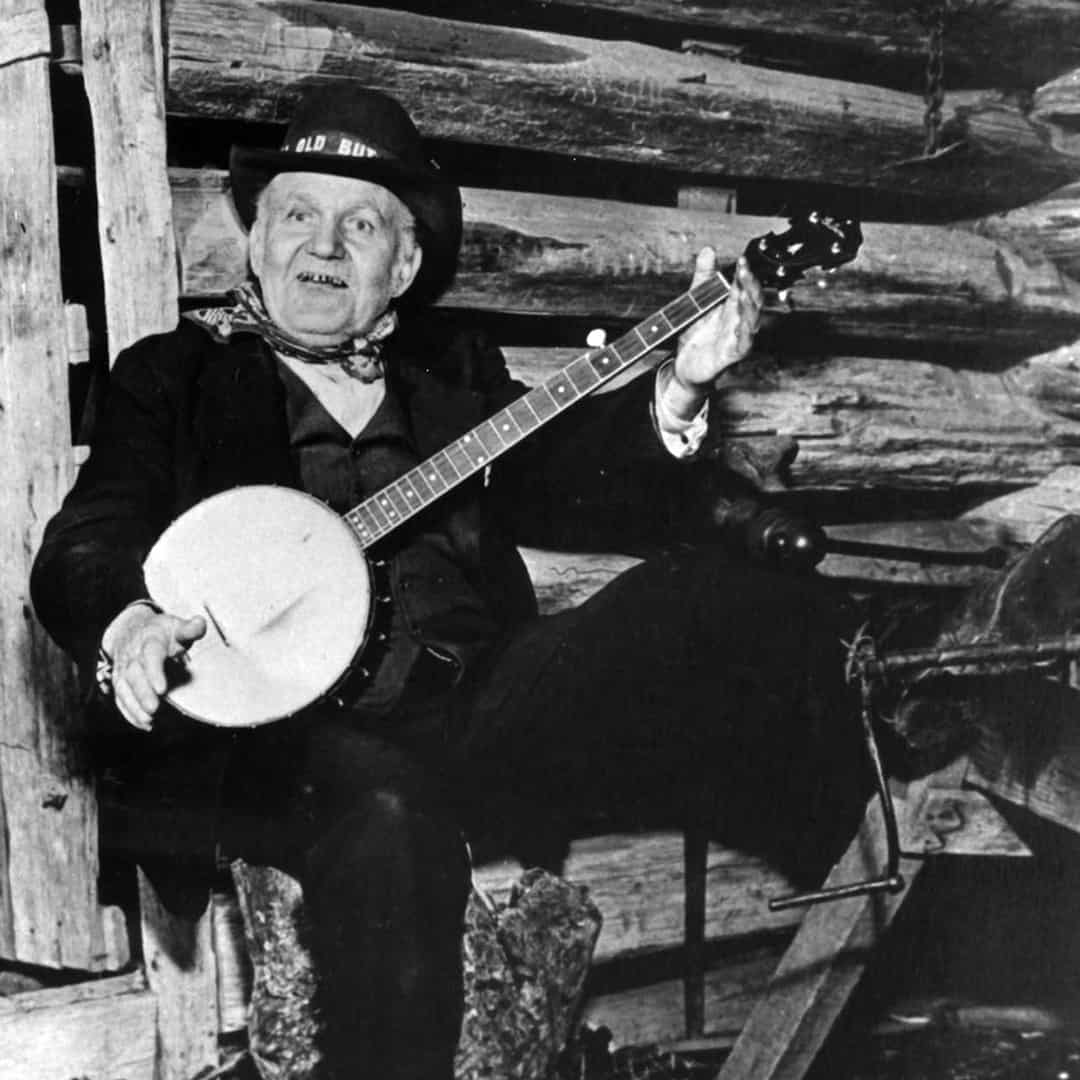 He was an influential bridge between the folk and vaudeville music of the nineteenth century and the more modern music of the phonograph record, the radio, and motion pictures. He was a supremely skilled banjo player (modern historians have identified at least nineteen different picking styles on his records), a strong and clear singer, a skilled songwriter, an outrageous comedian, and a dedicated preserver of old songs and styles. Most of all, though, he was a master showman, bringing to the newly emerging country music field a professionalism and polish sorely needed to establish it as a viable commercial art form.

Born into a well-to-do family in Warren County, in hilly Middle Tennessee, Macon began learning folk songs from the area by the time he was nine. In 1884, following financial reversals after the Civil War, the Macon family moved to Nashville, where they ran a hotel on Broadway. By coincidence, the hotel was headquarters for many of the vaudeville performers who came through town, and the teenaged Dave Macon watched them as they rehearsed in the basement. He was especially entranced with the various trick banjo players then in vogue, particularly one called Joel Davidson. Soon Macon talked his mother into buying him a banjo, and he began to absorb as much as he could from the vaudeville entertainers. This was all interrupted, however, when his father was stabbed and killed in front of the hotel, and the family broke up and returned to the country. Dave stayed with his mother, who ran a stagecoach rest stop at Readyville. In charge of watering the horses, young Macon built a stage over the barn door and would also entertain passengers with his banjo.

Growing up away from Nashville, Macon abandoned any hope he had for a professional career. He married a local girl, inherited a large farm, and opened a freight line between Murfreesboro and Woodbury, Tennessee. But in the 1920s, when a rival company began to compete with trucks, Macon abandoned his faithful mules and thought about retiring (he was over fifty). Then one day when Macon was performing for customers in a Nashville barber shop, he was spotted by a talent scout for the Loew’s theater chain. Impressed, the scout offered Macon a job on the vaudeville circuit, and, accompanied by local fiddler Sid Harkreader, the entertainer opened in Birmingham and was an immediate sensation. The tour soon extended as far north as Boston, and in a short time Macon had a national reputation. In July 1924 Macon went to New York to record for Vocalion. The results were several best-sellers, including “Keep My Skillet Good and Greasy” (a Macon favorite throughout his career), “Chewing Gum,” and “Hill Billie Blues.”

Macon joined the cast of the WSM Barn Dance in 1925—he was one of its earliest members—and at the outset was the only member of the cast with any kind of a national reputation. Throughout the 1920s, though, he appeared only occasionally, finding more money in touring and making records.

From 1924 through 1938 he recorded more than 180 songs for almost every major label. He also recorded and performed often with the remarkable flat-top guitarist Sam McGee, McGee’s brother Kirk, and Macon’s own son Dorris. In the 1930s Macon worked for a time with the Delmore Brothers as well as with young Roy Acuff and Bill Monroe. Macon was a highlight of the 1940 Republic film Grand Ole Opry, in which he sang and danced around his banjo to “Take Me Back to My Old Carolina Home.” Other popular Macon favorites that he routinely performed or recorded include “Bully of the Town,” “Late Last Night When Willie Came Home,” “Rock About My Saro Jane” (which he had learned from black stevedores on the Cumberland River in the 1880s), “From Jerusalem to Jericho,” “Buddy, Won’t You Roll Down the Line,” “Sail Away, Ladies,” “When the Train Comes Along,” and “Cumberland Mountain Deer Chase.” His signature hymn was “How Beautiful Heaven Must Be,” which was carved on his grave monument near Woodbury, Tennessee.

Though his banjo playing began to suffer in the 1940s, Macon’s comedy and singing helped carry him through Opry shows and tours. He was still on the show when he was more than eighty years old, in 1952, and became ill. He died in Rutherford County Hospital and was buried near the Woodbury–Murfreesboro pike where he had spent so many years hauling freight.

Since 1979, Macon’s legacy has been celebrated at the annual Uncle Dave Macon Days music festival in Murfreesboro.