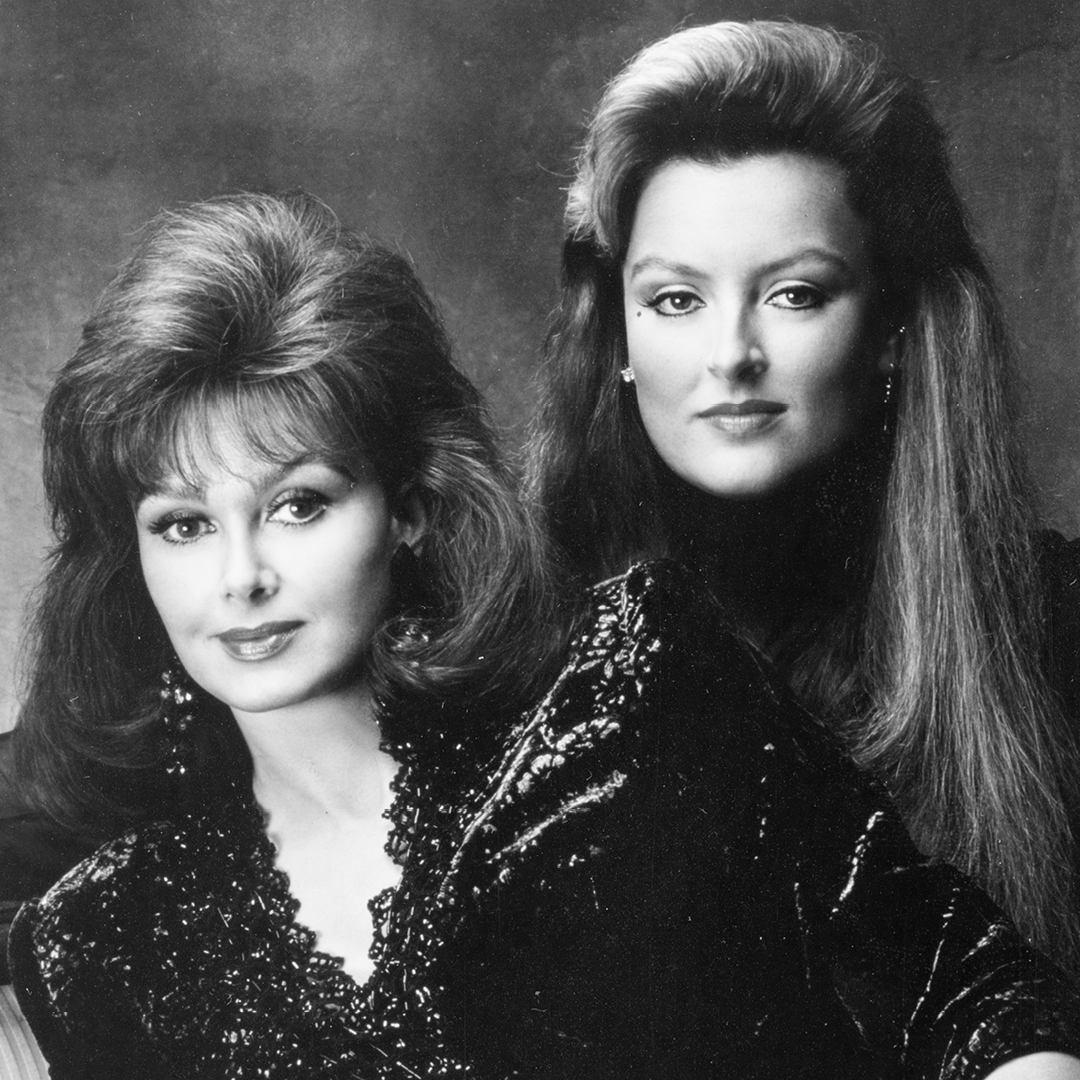 Diana Judd and her daughter Christina Ciminella may not have seemed like country music revolutionaries when they arrived in Franklin, Tennessee, in 1979. Yet, rechristened as Naomi and Wynonna, the vocal duo shook up the American musical landscape in the 1980s by helping return country music to its roots with unadorned, tuneful songs influenced by traditional folk music, acoustic blues, and family harmony acts. Along with future Country Music Hall of Fame members Reba McEntire, Ricky Skaggs, George Strait, and Randy Travis, the Judds changed country music’s direction by proving that music rooted in tradition could sell albums and concert tickets in huge numbers.

Wynonna’s voice—husky and expressive—gave the duo its edge. The younger Judd could growl with blues intensity and articulate heartache with tender sensitivity. Naomi supported her daughter with harmonies, wit, and a sashaying stage presence. Between 1984 and 1991, they had twenty Top Ten country hits, including fourteen #1s. During that time, the duo won five Grammys, nine Country Music Association awards, and seven Academy of Country Music awards.

Love Can Build a Bridge – The Judds

Grandpa (Tell Me ‘Bout the Good Old Days) – The Judds

Why Not Me – The Judds

Diana Ellen Judd was born January 11, 1946, in Ashland, Kentucky. At age seventeen, she married Michael Ciminella, and on May 30, 1964, she gave birth to daughter Christina Claire. The Ciminellas moved to Los Angeles in 1968, and the couple divorced in 1972.

In 1980, the Judds began performing on The Ralph Emery Show, an early morning Nashville TV program hosted by the influential disc jockey and TV personality (now a member of the Country Music Hall of Fame). After Naomi presented Emery with a homemade bar of soap, he started jokingly calling the duo “the Soap Sisters.”

Naomi pursued musical opportunities while working as a nurse at a hospital. When the daughter of record producer Brent Maher became her patient, Naomi slipped the young woman a tape of the duo’s music. Maher, impressed by what he heard, worked with veteran guitarist Don Potter to help the duo develop a distinctive acoustic sound focused on Wynonna’s lead vocals and Naomi’s tender harmonies. In 1983, after Curb Records gave the Judds a production deal and Curb executive Dick Whitehouse arranged an audition for Joe Galante, head of RCA Nashville, the Judds signed a joint recording contract with RCA/Curb. Curb covered production costs of recording, and RCA handled all other corporate responsibilities.

The Judds’ six-song debut EP, Wynonna & Naomi (1983), quickly found favor among country fans. The second single, “Mama He’s Crazy,” written by Kenny O’Dell, became their first #1—and the first top country hit by a female duo in more than thirty years. Their first full-length album, Why Not Me (1984), jumped to #1 on the country album chart. The next three singles—“Why Not Me,” “Girls Night Out,” and “Love Is Alive”—came from the album and gave the Judds four consecutive #1 hits. “In 1983, Mom had been floating checks to pay the rent,” Wynonna said. Two years later, they ranked among the most popular musical acts in America.

The duo’s career continued to soar. In the mid-1980s, the Judds headlined concerts at the Astrodome in Houston and Arlington Stadium in Arlington, Texas. They booked concerts in historic venues that rarely hosted country music concerts, such as New York’s Radio City Music Hall and the London Palladium.

The hits continued. The albums Rockin’ with the Rhythm (1985), Heartland (1987), and River of Time (1989) added ten more #1 hits to the Judds’  momentous decade. They thrived by other measures, too. The band U2 invited Wynonna to sing with them at a sold-out arena concert. The duo hosted a 1988 CBS-TV special, The Ringling Bros. and Barnum & Bailey Circus, then starred in their own CBS special, Across the Heartland, in 1989.

In September 1990, the Judds released Love Can Build a Bridge, their fifth album. The title track, co-written by Naomi with John Jarvis and Paul Overstreet, would win a Grammy for Best Country Song. Five weeks after the album’s release, however, with their career still peaking, Naomi announced that she had contracted hepatitis C. The chronic illness led to a decision to stage a goodbye tour and then end their musical partnership. “We didn’t know for sure, at that point, if I was going to make it,” Naomi said later. “Those were dark hours.” The long-running Farewell Tour ended with a pay-per-view live telecast on December 4, 1991.

Wynonna signed a new record deal with MCA/Curb and, working for the first time with producer Tony Brown, recorded her 1992 debut album, Wynonna—funkier and harder-edged than the music she created with her mother. It entered the country album chart at #1 and sold more than five million copies. Her first three singles—“She Is His Only Need,” “I Saw the Light,” and “No One Else on Earth”—all hit #1 on the country charts. She quickly established herself as a successful solo artist, earning gold and platinum albums.

In 1994, Naomi walked onstage to join her daughter for the finale of the halftime show at the Super Bowl in Atlanta, which also featured country stars Clint Black, Travis Tritt, and Tanya Tucker. As Naomi took her daughter’s hand, the duo and the other artists performed “Love Can Build a Bridge.”

The duo periodically reunited, including for a short series of arena concerts in 1998 and 2000, a concert in 2006 at the Kennedy Center with other country stars under the auspices of the Country Music Hall of Fame and Museum, several festival appearances in 2008 and 2009, and a two-year Last Encore Tour that began in 2010. The Judds starred in their own reality series on the Oprah Winfrey Network in 2011.

Wynonna continued to release successful albums as she, and country music, evolved into new phases. Naomi became a spokesperson for the American Liver Foundation in 1991 and created the Naomi Judd Education and Research Fund. After declaring her hepatitis to be in remission, she returned to entertainment and wrote books, starred in television shows and films, hosted a talk show, and became a motivational speaker.

In early April 2022, the Judds announced they would embark later in the year on what they billed as The Final Tour. Tragically, Naomi died at age seventy-six on April 30, 2022, the day before she and Wynonna were to be inducted into the Country Music Hall of Fame. Together, mother and daughter overcame many hardships and setbacks on the way to achieving the pinnacle of success in country music. Their lives and their musical partnership will be forever enshrined and remembered in the Country Music Hall of Fame.