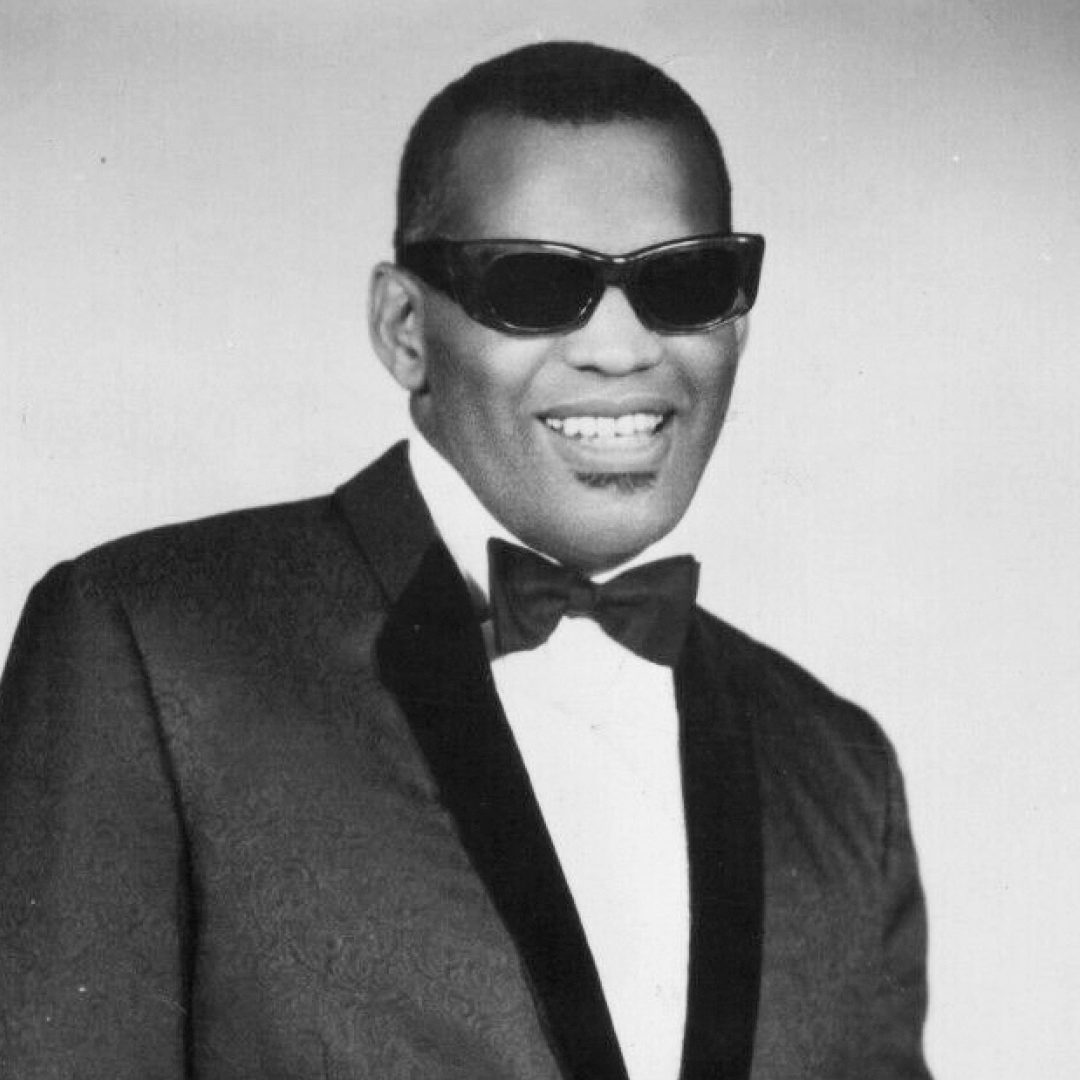 Ray Charles brought increased attention and respect to country music with the 1962 release of his album Modern Sounds in Country and Western Music. His soulful renditions of “I Can’t Stop Loving You,” “You Don’t Know Me,” and “Born to Lose” helped those songs become standards.

The significance of Charles’s choice of material was not lost on Willie Nelson. “Here’s Ray Charles doing country songs,” Nelson recalled, “introducing those songs to millions and millions of people who, otherwise, would have never had a chance to hear them.”

Charles embraced R&B, jazz, blues, pop, and country music with equal fervor, and during a career that spanned nearly six decades, he stamped each genre with his distinctive and moving style. He made country songs a significant part of his repertoire from the 1960s onward.

Ray Charles Robinson was born in Albany, Georgia, on September 23, 1930. His mother, Retha Williams, raised him in the small rural town of Greenville, in northwest Florida. He endured grinding poverty in the Deep South at a time when Black Americans suffered the pervasive abuses of racism and Jim Crow segregation.

Tragedy struck Charles early in life, at age five, when he witnessed the drowning of his younger brother. A few months later, he began to go blind from what was later diagnosed as juvenile glaucoma. Enrolled in the Florida School for the Deaf and Blind, in St. Augustine, the musically precocious boy learned to read and write music in Braille, play piano and clarinet, and compose musical scores in his head.

Charles absorbed musical influences from everywhere. He heard gospel singing at church, blues on the jukebox, classical music at school, the piano jazz of Art Tatum, the big-band swing of Duke Ellington and Artie Shaw, and the country tunes of Roy Acuff, Bill Monroe, and Hank Williams on the radio.

“I felt [country] was the closest music, really, to the blues,” Charles recalled. “They’d make them steel guitars cry and whine, and it really attracted me.”

After his mother died in 1945, Charles dropped out of school at age fifteen to follow what he called “the light of music.” In 1946, he drifted down to Tampa, where he played piano with Charlie Brantley & His Original Honey Drippers, a regionally popular jump-blues combo. The following year, he joined the Florida Playboys, a previously all-white country band that performed current hillbilly hits. “I could do country music with as much feeling as any southerner,” Charles said. “And why not? I’d been hearing it since I was a baby.”

Forging His Own Path

In 1948, Charles hit the road for Seattle, where he formed his first group, the McSon Trio. Still showing the influence of the piano blues of Nat “King” Cole and Charles Brown in his music, Charles cut his first record, “Confession Blues.” To avoid being confused with popular boxer Sugar Ray Robinson, he began calling himself Ray Charles.

Between 1954 and 1959, he recorded a string of explosive R&B hits for Atlantic Records—including “I’ve Got a Woman,” “Hallelujah I Love Her So,” and “What’d I Say (Part 1)”—that established him as an originator of soul music, a marriage of gospel music style and worldly lyrics.

At his last session for Atlantic, in June 1959, Charles recorded his high-octane version of Hank Snow’s 1950 country classic “I’m Moving On.” It was the first of nearly a hundred country songs that Charles would record and release over the course of his long career.

In late 1959, ABC-Paramount Records lured Charles away from Atlantic with a deal that gave him one of the highest royalty rates of the time, creative license to produce his own records, and ownership of his master recordings. Charles soon struck gold with “Georgia on My Mind,” his first #1 pop hit, in 1960.

With his record contract up for renewal at ABC-Paramount in 1962, Charles pitched the idea of Modern Sounds in Country and Western Music, in part to test the amount of artistic freedom he had with the label. Executives at the company were concerned that Charles might lose fans, but the album won him legions of new listeners.

The landmark LP introduced country music to a broader audience. Modern Sounds topped the Billboard album chart for fourteen weeks and contained Charles’s classic recording of Don Gibson’s “I Can’t Stop Loving You.” The single spent several weeks at the top of both the pop and R&B charts during the summer of 1962 and won a Grammy for Best Rhythm & Blues Recording. The album was certified gold in July 1962, a few months after its release, and its success encouraged a sequel, released the same year.

The phenomenal success of both volumes made Charles a millionaire. A shrewd businessman, he centralized his various music and business enterprises under one roof in Los Angeles. The building housed his music publishing company and Tangerine record label, his booking and personal management agencies, and—most important for him—a custom-built rehearsal and recording studio.

Through the late 1960s and ’70s, Charles continued to show his deep affinity for country music in appearances on such national television programs as The Johnny Cash Show, The Glen Campbell Goodtime Hour, Austin City Limits, and Hee Haw.

And yet, even though Charles’s versions of country songs such as “I Can’t Stop Loving You,” “Busted,” and “Crying Time” dominated the pop and R&B airwaves, they were largely ignored by country radio programmers. In fact, he did not appear on the national country charts until two decades later, when he signed a multi-album deal with the Nashville division of Columbia Records with the expressed intent of making music for the country audience.

As a condition of his contract with Columbia, Charles insisted that he record an album of duets with some of his favorite country artists. The result was the #1 album Friendship (1984), produced by Billy Sherrill, which paired Charles with Johnny Cash, Janie Fricke, Mickey Gilley, Merle Haggard, George Jones (with Chet Atkins on guitar), Willie Nelson, the Oak Ridge Boys, Ricky Skaggs, B. J. Thomas, and Hank Williams Jr. “Seven Spanish Angels,” Charles’s duet with Nelson, was a #1 country single.

During the latter part of his career, Charles emerged as a cultural icon. Even when his records failed to make the charts, the singer was showered with awards and honors, and courted by presidents and politicians as a symbol of American opportunity and equality.

In 2002, Charles teamed with Travis Tritt for an episode of CMT Crossroads. In one of his last TV performances, in 2003, Charles interpreted Charlie Rich’s classic “Behind Closed Doors” for CMT’s 100 Greatest Songs of Country Music concert.

Charles died on June 10, 2004, shortly after completing Genius Loves Company, his album of duets with Willie Nelson, Norah Jones, and others. It earned five Grammys for Charles and became the biggest-selling album of his career.