Pedal steel guitarist Pete Drake left a lasting mark not only on country music, but also on rock, gospel, and folk music. He is the first steel guitarist inducted into the Country Music Hall of Fame. 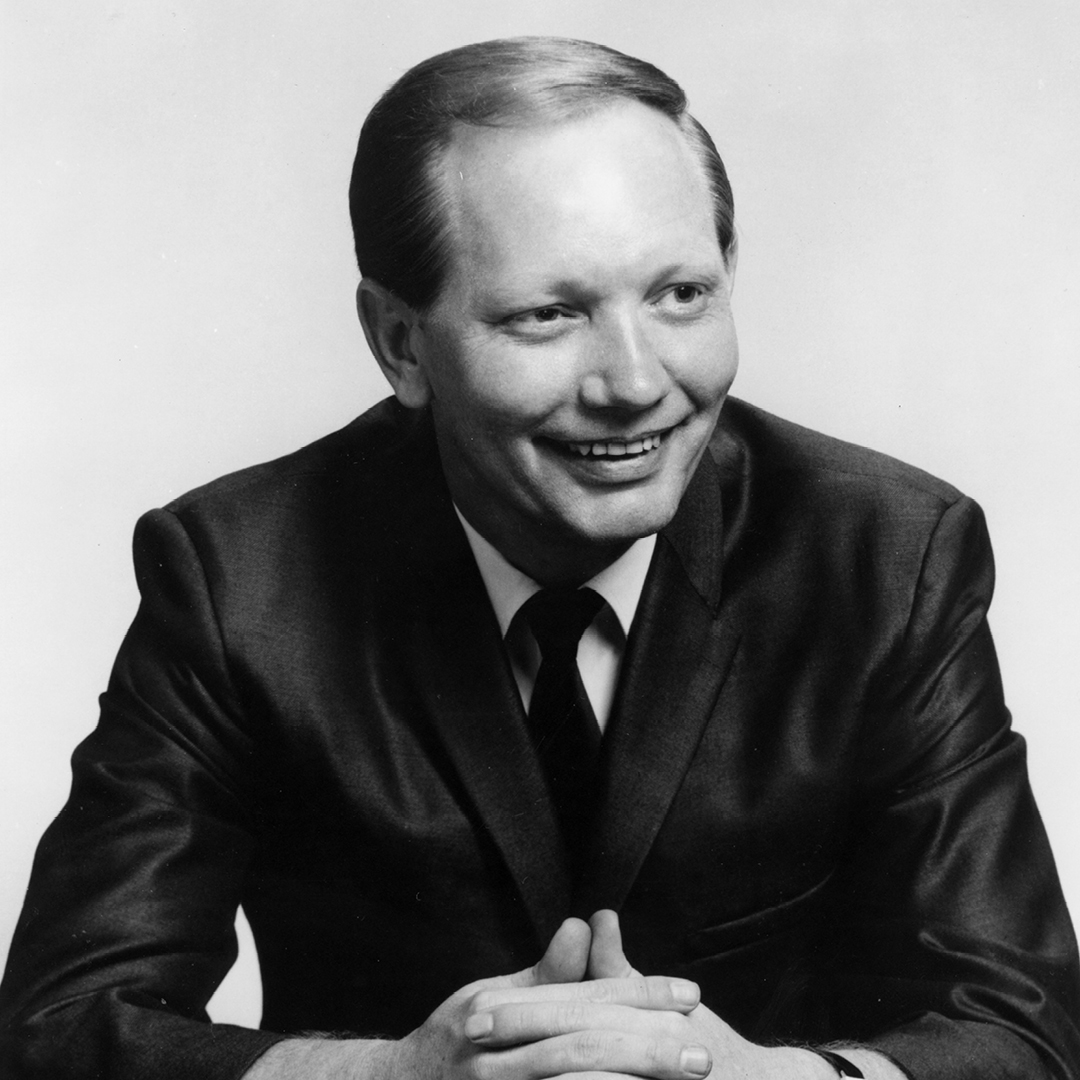 “Stand by Your Man.” “Lay Lady Lay.” “He Stopped Loving Her Today.” Each of these classic records is instantly recognizable, in part due to the pedal steel guitar stylings of Pete Drake. The in-demand session musician contributed to dozens of country hits, and he also popularized the pedal steel guitar outside of country music on recordings by Bob Dylan, George Harrison, and Elvis Presley. For his pioneering accomplishments, Drake is the first steel guitar player to be inducted into the Country Music Hall of Fame.

Roddis Franklin Drake was born October 8, 1932, in Augusta, Georgia, the son of Pentecostal preacher John Drake and Nora Blevins Drake. Pete’s older brothers, Bill and Jack, performed in the Atlanta area as the Drake Brothers before they moved to Nashville for their music careers. Pete, however, did not begin playing steel guitar until the age of eighteen, after a trip to Nashville, during which he saw Jerry Byrd play a lap steel at the Grand Ole Opry. When he returned to Georgia, Drake built his own steel guitar and taught himself to play along to the radio and Byrd’s records. Later, he upgraded to a $38 lap steel guitar from an Atlanta pawn shop.

Master of the Pedal Steel

Drake’s next breakthrough came in 1954, when he heard Webb Pierce’s #1 country hit “Slowly.” On the recording, steel player Bud Isaacs created innovative note-bending effects via the pedals on his newfangled instrument—a pedal steel guitar. Inspired by the fresh sounds, Drake built his own pedal steel.

Throughout the 1950s, Drake developed a reputation as one of the Atlanta area’s premier young instrumentalists and one of its first pedal steel guitarists. In 1954, he formed a band, Sons of the South, which included, at various times, future Country Music Hall of Fame members Roger Miller and Jerry Reed as well as future stars Jack Greene, Doug Kershaw, and Joe South; and, occasionally, actor Dick Van Dyke.

In 1959, Drake followed his brothers to Nashville. “The steel guitar was kind of dead then,” he told Guitar Player magazine in 1973. “Everybody was trying to go pop. . . . So I starved to death the first year and a half.” Eventually, Drake found work in the touring bands of Don Gibson, Marty Robbins, and others. When he grew weary of life on the road, Drake set his sights on becoming a session musician. He was backing Carl & Pearl Butler on the Opry when Roy Drusky saw him perform and asked Drake to be part of his next recording session. “Anymore,” the song they recorded together, became a Top Five country single in 1960. It opened the floodgates. Drake told Guitar Player that the month he cut “Anymore” he played on twenty-four sessions.

Drake’s skills earned him a coveted spot among Nashville’s elite group of first-call studio musicians. His recording schedule soon became so busy that he purchased a Nash Rambler sedan, which had reclining front seats, so he would have a place to nap between sessions.

Lynn Anderson’s “(I Never Promised You a) Rose Garden,” Charlie Rich’s “The Most Beautiful Girl,” and Jack Greene’s “There Goes My Everything” are among the many well-known recordings featuring Drake’s playing, along with recordings by Country Music Hall of Fame members Johnny Cash, George Jones, Reba McEntire, Dolly Parton, Kenny Rogers, Tammy Wynette, and more.

Influencing the Sound of Rock Music

Drake began working with Elvis Presley in 1966 and played on Presley’s How Great Thou Art album and several soundtracks. Drake also played on Bob Dylan’s John Wesley Harding (1967), Nashville Skyline (1969), and Self Portrait (1970), and George Harrison’s All Things Must Pass (1970), pioneering the use of steel guitar in rock and pop music.

While he was building his reputation as a leading studio musician, Drake was also recording as an instrumental artist for the Starday and Smash labels. “Forever,” a #25 hit on Billboard’s pop charts, earned him the nickname “King of the Talking Steel Guitar” for the way he used a “talk box,” a device that directed the steel guitar’s sounds into his mouth via a plastic tube, allowing him to turn those sounds into a vocal effect. Drake developed his system after seeing jazz guitarist Alvino Rey use a talk box of his own. A young Peter Frampton learned about the gadget from Drake during Harrison’s All Things Must Pass sessions and later used a talk box on rock hits such as “Do You Feel Like We Do” and “Show Me the Way.”

A Man of Many Talents

Drake also worked as a music publisher (he joked that it was “something to do between sessions”), producer, recording studio owner, and record label owner. In 1962, Drake, his brother Jack, and several other music industry figures founded Window Music Publishing and Tomake Music Publishing. Initially, they signed Ed Bruce and Bill and Dottie West, and the Drakes’ roster grew over time to include David Allan Coe, Linda Hargrove, Mary Ann Kennedy, Pam Rose, Sonny Throckmorton, and others. As a producer, Drake helmed, among other projects, Ringo Starr’s 1970 album Beaucoups of Blues and B. J. Thomas’s Grammy and Dove award-winning Amazing Grace album (1981). The more production work Drake took on, the more sense owning a studio made, so he opened Pete’s Place at 809 18th Avenue South, on Music Row.

Drake became a label owner in 1967, founding Stop Records, which released albums by Johnny Bush and Country Music Hall of Fame members the Jordanaires and George Morgan. He sold that label but was inspired to start a new one when MCA Records released Country Music Hall of Fame member Ernest Tubb from his contract after thirty-five years on the label. Drake and his business partner (and soon-to-be wife) Rose Trimble founded First Generation Records and signed Tubb in 1977. A successful tribute album, Ernest Tubb: The Legend and the Legacy, helped First Generation expand its roster to include a “Stars of the Grand Ole Opry” series, several instrumentalists, and Drake himself.

In 1987, Drake was inducted into the Steel Guitar Hall of Fame in St. Louis and received the Nashville Entertainment Association’s coveted Master Award. Praising Drake in remarks to the audience at the Master Award event, producer Larry Butler said, “The thing that’s always stood out about you is that you’re one of the front-runners in the thing that makes this city strong—and that’s helping each other.”