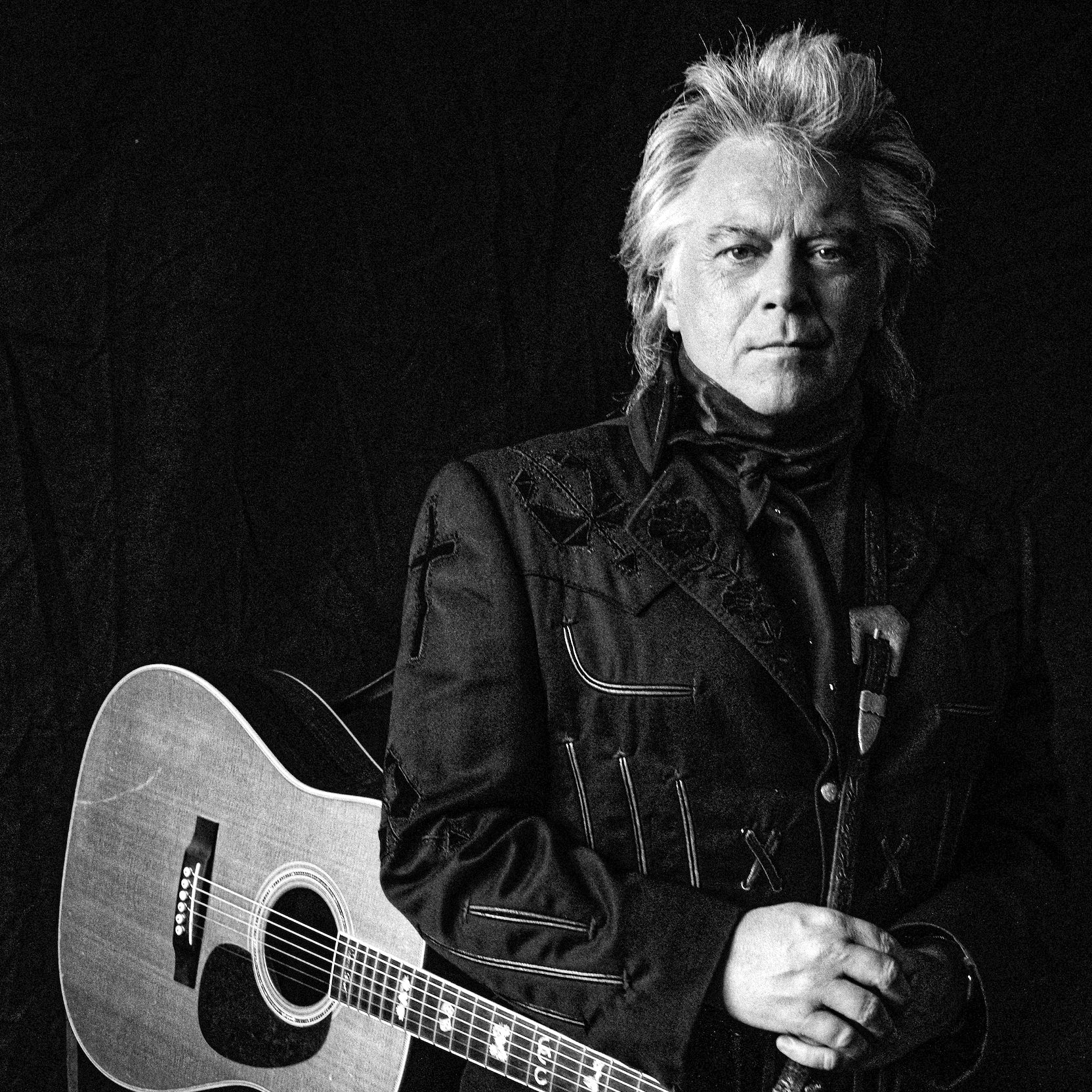 History books tell us that John Marty Stuart was born September 30, 1958, in Philadelphia, Mississippi, but in many ways he was born on August 3, 1972, when he got off a Greyhound bus in downtown Nashville in the early morning hours and walked the hushed city streets to the Ryman Auditorium. He gazed at the venerable Mother Church of Country Music and knew he had found a home, a mecca, and a mission.

Minutes later, bluegrass veteran Roland White picked up the thirteen-year-old in a 1965 Chevy Impala and took him to safety, and the next day White and Stuart boarded Lester Flatt’s tour bus at Higgins’s Gulf Station in Hendersonville and rode to Delaware to play a music festival. Thus was Stuart’s entry into a Nashville music community that he has enriched over the past forty-nine years. At the conclusion of the weekend, Flatt asked Stuart to join his band, to play with him on the Grand Ole Opry, and, in essence, to commit his life to country music.

“It seemed like a divine appointment,” Stuart wrote. “The one that set me on my way and marked the true downbeat of my journey. It was a gift placed in my hands to use at will.”

This One’s Gonna Hurt You (For A Long, Long Time) – Marty Stuart and Travis Tritt

Marty Stuart fulfilled his appointment. The child who told his high school teacher that he would rather make history than learn about it has spent his life making history, often alongside those Stuart calls country music’s “Old Testament masters,” including Flatt, Johnny Cash, Doc Watson, Merle Haggard, Bill Monroe, Porter Wagoner, and Mac Wiseman. He has done so with a preacher’s fervor, a deacon’s reverence, and a musical skill set that allows him to contribute mightily onstage and in the studio with artists of varying sounds and styles.

Raised in Mississippi by parents—John and Hilda—who encouraged his early love of music, Stuart learned to play mandolin and guitar as a small boy. He listened to the Grand Ole Opry each weekend, and he paid attention to local guitarist Lethal Jackson (father of Stuart’s childhood friend Carl Jackson, who went on to become a Grammy-winning producer and musician). At eleven, Stuart went to the Choctaw Indian Fair, and his mother snapped a photo of him with RCA recording artist Connie Smith. They married twenty-seven years later.

Not long after meeting Smith, Stuart made his fateful trip to Nashville. The move made for a painful separation from his parents and from sister Jennifer, but Marty possessed a precocious sense of destiny. He was an eager musical student, soaking up information from Flatt, Roland White, and others he met at bluegrass festivals, at the Grand Ole Opry, and in recording studios. Flatt retired from touring in 1978, the same year Stuart made his first album, With a Little Help from My Friends, which featured Flatt, Jesse McReynolds, Curly Seckler, and other esteemed elders.

In 1980, luthier Danny Ferrington introduced Stuart to Johnny Cash, who said, “Good to meet you, son. Where’ve you been?” Stuart replied with the confident truth: “Getting ready.” He spent six years in Cash’s band, soaking in perspective from the Man in Black. Cash guested on Stuart’s 1982 album, Busy Bee Cafe, which included “Boogie for Clarence,” a tribute to another one of Stuart’s heroes, guitar wizard Clarence White. At a time when much of country music was shifting to pop-leaning sounds, Stuart was determined to shine his light on the people he considered architects of the genre.

“I was of the belief, then and now, that the entire story should move into the future and no one should be left behind,” he wrote in 2008. “Country music is America’s music, the language of the common man and woman, true-life blues set to simple melodies. The family of country music should never be a house divided.”

Carving Out His Own Niche

Stuart was also keenly interested in finding ways to take his music to mass audiences. To that end, he signed with Columbia Records and released his first Top Twenty single, “Arlene,” in 1985. Subsequent Columbia singles failed to make a dent on the radio, though, and he wouldn’t experience much in the way of commercial success until he joined MCA Records in 1989 and began working with producers Richard Bennett and Tony Brown. Bennett’s electric guitar work helped propel singles “Hillbilly Rock,” “Little Things,” and “Tempted” into the Top Ten of the Billboard country charts, and Stuart’s concerts and music videos allowed followers to appreciate his energy, instrumental skill, and sense of visual style as an entertainer. Songwriter Paul Kennerley was another key contributor to Stuart’s MCA recordings.

Stuart also scored hit duets with buddy Travis Tritt, including “This One’s Gonna Hurt You (For a Long, Long Time)” and the Grammy-winning “The Whiskey Ain’t Workin’,” and the two did big business with their co-billed No Hats tours in the early 1990s. But for all the fun Stuart looked to be having onstage, he sometimes found his commercial triumphs to be at odds with his musical mission. Bolstered by his 1997 marriage to Connie Smith, he entered a period of reflection.

“My choice was to stand still, get sober, listen to my heart, and try to bring it all back down to earth and wait for Heaven to speak,” he wrote in 2012.

The turning point came in 1999 with The Pilgrim, a concept album that featured contributions from Cash, George Jones, Emmylou Harris, Earl Scruggs, and Ralph Stanley. While it didn’t sell as well as earlier works, The Pilgrim was the first step towards an enormously rewarding second act for Stuart.

He formed a group, the Fabulous Superlatives, that came to be known as one of country music’s finest. Freed from the restriction of aiming his sound at country radio stations, he made albums that explored traditional country (Tear the Woodpile Down), gospel (Souls’ Chapel), and West Coast country-rock (Way Out West). With John Carter Cash, he recorded Badlands, an album about the pride and plight of the Lakota people. He continued building the Marty Stuart Collection, one of the most important private music memorabilia collections in the world. He won four more Grammy awards, and he served as the Country Music Hall of Fame and Museum’s artist-in-residence in 2019. He fulfilled the promise that he’d glimpsed at age thirteen that first night in Nashville.

“I better understood why Lester Flatt hired a thirteen-year-old, and why J.R. Cash gave me his best guitar,” Stuart later wrote. “It was part of their assignment to pass it on, just as it is mine to pass it along to someone else. I wholeheartedly accepted this mission, and I am at total peace inside of it.”