Best known for their song satires, dry comic delivery, and instrumental virtuosity, Homer & Jethro became one of the most successful comedy acts in country music history. 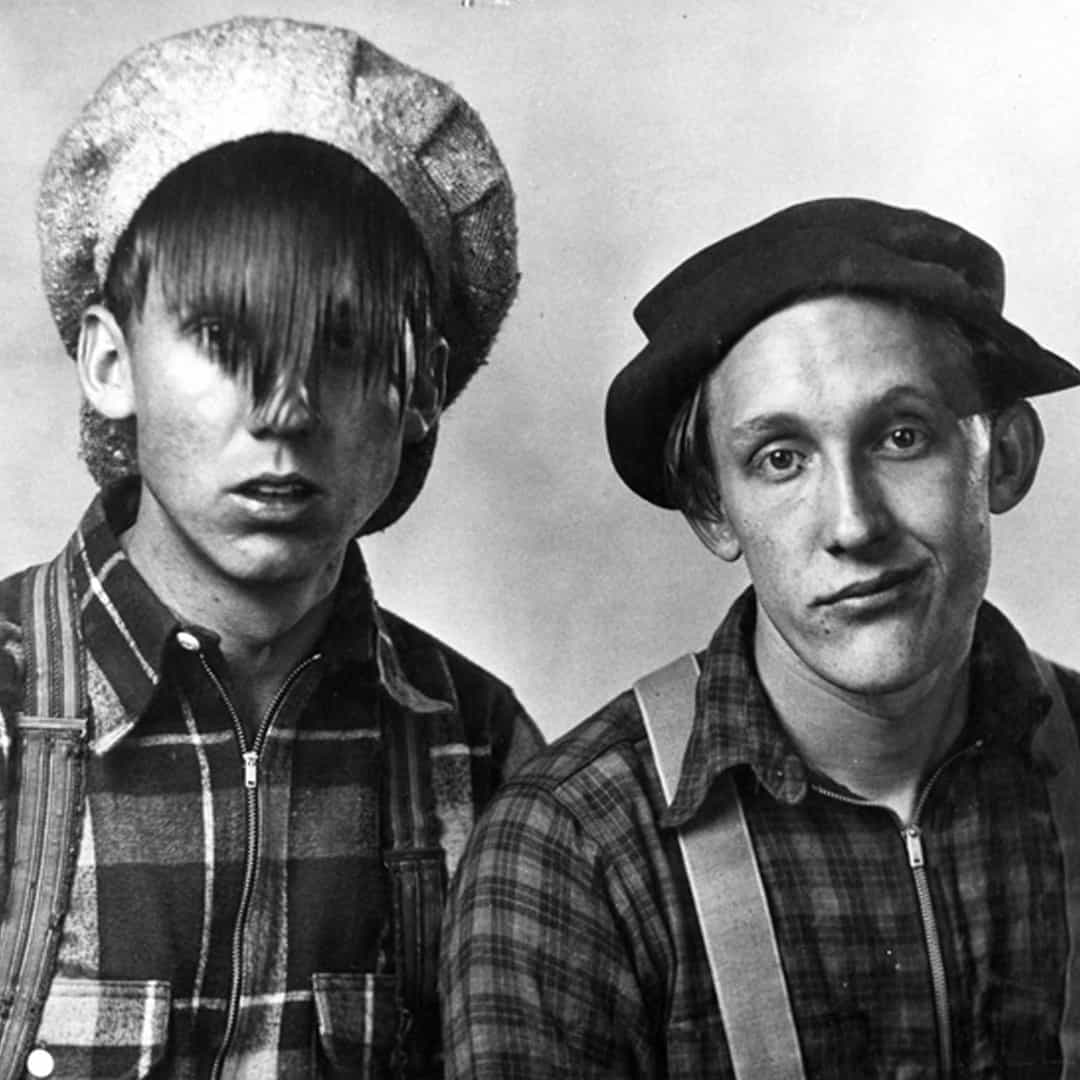 Battle of Kookamonga – Homer and Jethro

Guitarist Homer “Junior” Haynes and mandolinist Kenneth “Dude” Burns met in 1932, when radio impresario Lowell Blanchard pulled the youngsters from two separate bands auditioning for his Mid-Day Merry-Go-Round on WNOX-Knoxville. As the String Dusters, Haynes and Burns handled country tunes, hoedowns, and contemporary pop tunes with ease. For comic relief, Junior and Dude satirized the deadly serious close-harmony duets of the era by wailing hillbilly versions of sophisticated pop standards. When Blanchard forgot their nicknames during a 1936 broadcast, he introduced the team as Homer & Jethro. The amused teenagers quickly adopted the names they would use for the rest of their careers.

When the String Dusters disbanded in 1938, Haynes and Burns continued as a duet, eventually joining the Renfro Valley Barn Dance. After serving in World War II, they resumed their act with a Saturday morning show on WLW-Cincinnati. Their musicianship impressed King Records owner Syd Nathan, who recruited them for label’s house band in early 1946. After playing on numerous sessions for others, Homer & Jethro released a hillbilly version of Frank Sinatra’s chart-topping “Five Minutes More” on King. The song’s regional success prompted similar releases.

Veteran producer Steve Sholes signed the team to an RCA Victor contract in spring 1949. Recognizing the limited potential of their act, Sholes encouraged them to write song parodies. Their first two attempts—“Baby, It’s Cold Outside” (with June Carter) and “Tennessee Border No. 2”—became best sellers.

In 1950, Haynes and Burns joined WLS in Chicago; they frequently appeared on the National Barn Dance and Don McNeill’s Breakfast Club. Their 1953 parody “(How Much Is) That Hound Dog in the Window” was an enormous hit, rising to No. 2 on Billboard‘s country charts. Their most successful record was “The Battle of Kookamonga,” which transformed Jimmie Driftwood’s lyrical account of the Battle of New Orleans into a rowdy saga about Boy Scouts raiding a nearby Girl Scout camp. Landing on both country and pop charts, it won a 1959 Grammy in the Best Comedy Performance, Musical category.

When Haynes died suddenly while preparing for an August 1971 fair date, Burns’s career took a different turn. Gifted young bluegrass mandolinists sought him out for ideas, techniques, and inspiration, and Burns began playing folk clubs and festivals as a jazz instrumentalist. He briefly revived his comedy act with multi-instrumentalist Ken Eidson, then toured for five years with Chicago singer-songwriter Steve Goodman. Despite a lengthy battle with prostate cancer, Burns continued to perform until his death. — Dave Samuelson